Posted on January 6, 2018 by Anthony Brenner 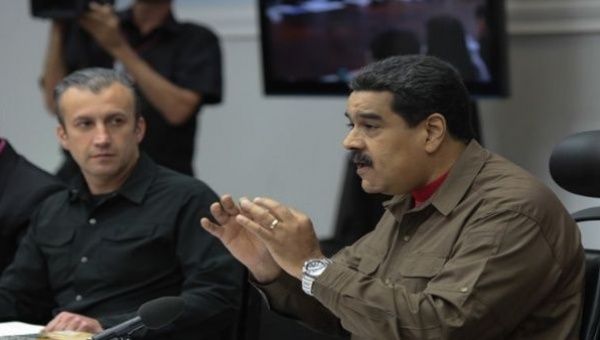 Maduro lambasted the US press via his Twitter account Friday, accusing it of waging a “media war” against Venezuela. | Photo: Reuters

The Venezuelan premier lambasted the US press via his Twitter account Friday, accusing it of waging a “media war” against his country and, more specifically, the Bolivarian government.

Media giant Bloomberg was the worst offender, Maduro told a meeting of the Council of Ministers at Miraflores Palace in Caracas, followed by the Miami Herald and the Washington Post.

The Venezuelan president also spoke out against UK-based international press agency Reuters and the Associated Press, based in the United States.

In a posting on his official Twitter page, Maduro accused US President Donald Trump’s administration of being imperial and warned that his patience with the White House incumbent was wearing thin.

“I have limited patience with the imperialist government of Donald Trump,” he tweeted.

Assets that are subject to US jurisdiction are being frozen, and US citizens will be generally prohibited from dealing with the officers, the department said in a statement.

In the announcement, Treasury Secretary Steven Mnuchin also called on the international community to stand with Washington on the sanctions, Xinhua reports.