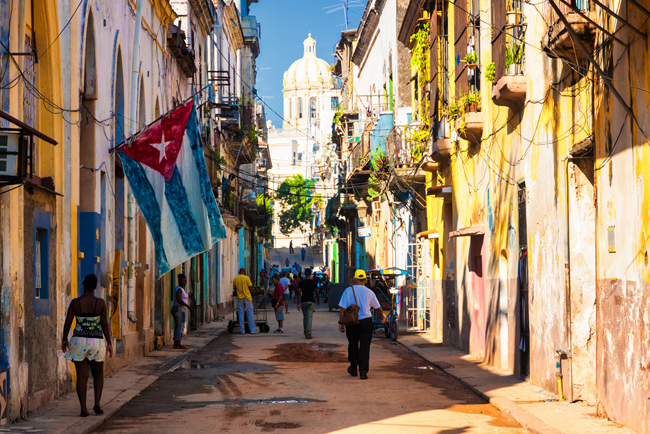 What’s new regarding travel to Cuba?

Since President Obama announced the restoration of diplomatic relations with the island nation in December, there’s been progress on several fronts, including expanded air access on public charters.

Starting March 17, tour operator Cuba Travel Services will offer a scheduled weekly Tuesday charter from New York Kennedy to Havana. The service is expected to attract the large Cuban-American population in the New York area who are traveling for family visits, as well as those travelers who fall into one of the 12 categories now permitted under the expanded rules for general travel, so long as that travel meets certain criteria.

A new gateway for a charter flight to Cuba is New Orleans.

The first direct flight from New Orleans to Cuba since 1958 took off on March 14 for participants taking part in the Cuba Today business conference organized by the New Orleans-based International Cuba Society. Trip arrangements, including the charter flight, were arranged by Cuba Travel-USA and Havanatur.

That flight could be followed by others, if demand is there, according to the operator.

CheapAir.com became the first online agency to book commercial flights to Cuba through Mexico or Panama.
Those who book trips through CheapAir.com must check a box agreeing that they are traveling in one of the 12 listed categories.

The floodgates to mass tourism from the U.S. will not be open until the U.S. Congress lifts the decades-old embargo and air service agreements are subsequently negotiated.