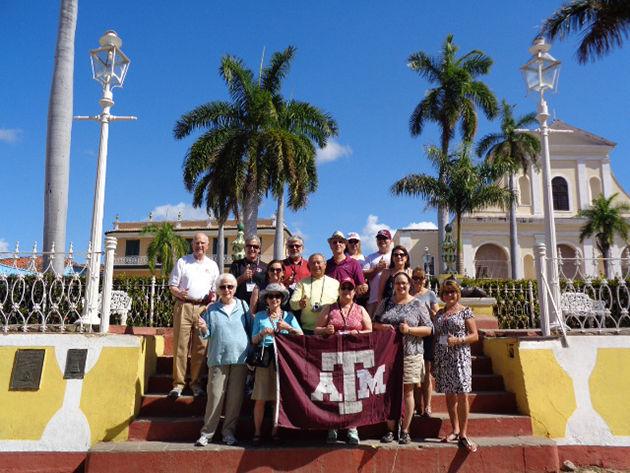 Meredith McCown | March 29, 2017 — Through the Traveling Aggies program, next week former students and friends will cruise along the coasts of Cuba and the Caribbean islands.

Traveling Aggies is a program through the Association of Former Students which offers more than 70 annual trips to countries on each of the seven continents. Primarily, the travelers on these trips consist of former students and current students, but friends and family are welcome to attend as well. The planned trip package to Cuba has been steadily offered since 2012.

On the upcoming trip — Cuba and Caribbean Vibes — 23 former students and friends of Texas A&M will board the Oceania Marina, a cruise ship on the Oceania Cruise Line.

After former President Barack Obama’s transportation chief flew to Cuba in August of 2016 on the first commercial flight to the country since the 1963 missile crisis, the flow of transit between the United States and Cuba started up again. While the trade embargo still prohibits most United States citizens from traveling to Cuba for tourism, some citizens are permitted to travel to the country for educational, religious or humanitarian reasons.