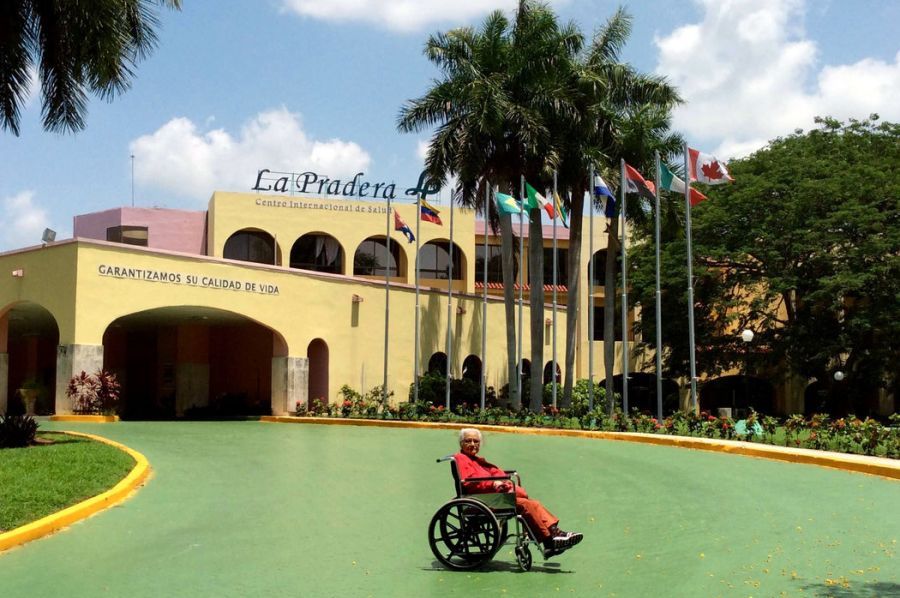 “Cimavax is a therapeutic vaccine developed not to prevent cancer, but to halt its growth and keep it from recurring in patients with non-small-cell lung cancer”. This is how The New York Times refers this Tuesday to the medication produced in Cuba which could also benefit American patients.

In an extensive report, the newspaper describes the possibilities for medical cooperation that open up since the the Roswell Park Cancer Institute, a nonprofit cancer center designated by the National Cancer Institute in Buffalo, U.S.A., had received authorization from the Food and Drug Administration (FDA) to conduct a clinical trial of Cimavax.

“It marks the first time since the Cuban Revolution that Cuban and American institutions have been permitted to engage in such a joint venture”, said Roswell Park’s chief executive, Candace S. Johnson in an article that recognizes both the effectiveness of the vaccine, and the high quality of the medical care provided by the Cuban health system.

Escambray reproduces the full text of the article:

A Souvenir Smuggled Home From Cuba: A Cancer Vaccine

Zuby Malik is an unlikely candidate to violate international law. A 78-year-old mother of four with a crown of silver hair, she is a retired obstetrician-gynecologist with a penchant for order.

But Ms. Malik is fighting for her life. After receiving a Stage 4 non-small-cell lung cancer diagnosis a year ago, she exhausted many of the treatments available to her and grappled with torturous side effects that left her itching and gasping for breath. During the summer, she decided to go to Cuba and bring back a cancer vaccine that is not approved in the United States. That she comes from a family steeped in medical training made the decision all the more difficult.

“At first, I was a little nervous,” said Ms. Malik, sitting in her Northern California living room flanked by an oxygen tank and a table of medicines. “But American treatments were not helping me, and I decided I should go to Cuba. What other choice did I have?”

Soon after she began the medication, she said, her breathing became easier and her energy returned. In her refrigerator was a box of blue- and orange-capped vials of the vaccine.

Other cancer patients are following the same unlikely trail. Since beginning to normalize relations with the United States in 2014, Cuba has become a hot tourist draw with its unspoiled beaches and vibrant night life. But the country also has a robust biotechnology industry that has generated an innovative vaccine called Cimavax. It is part of a new chapter of cancer treatment known as immunotherapy, which prompts the body’s immune system to attack the disease.

Cimavax is a therapeutic vaccine developed not to prevent cancer, but to halt its growth and keep it from recurring in patients with non-small-cell lung cancer. Developed in Cuba and available to patients there since 2011, it works by targeting a protein called epidermal growth factor, or E.G.F., that enables lung cancer cells to grow. The vaccine stimulates the body’s immune system to make antibodies that bind to E.G.F., preventing it from fueling the cancer’s growth. It is also available in Peru, Paraguay, Colombia and Bosnia and Herzegovina.

Last month, Gov. Andrew M. Cuomo of New York announced that the Roswell Park Cancer Institute, a nonprofit cancer center designated by the National Cancer Institute in Buffalo, had received authorization from the Food and Drug Administration to conduct a clinical trial of Cimavax. It marks the first time since the Cuban revolution that Cuban and American institutions have been permitted to engage in such a joint venture, said Roswell Park’s chief executive, Candace S. Johnson.

The trial could take years, but American cancer patients are not waiting. Over the past couple of years, dozens have slipped into Havana and smuggled vials of the vaccine in refrigerated lunchboxes back to the United States, sometimes not even telling their doctors. Talk about Cimavax on cancer patient networks online has been escalating steadily as relations between the two countries have warmed and more patients are making preparations to go.

“There’s no doubt that without this medicine, I would be dead,” said Mick Phillips, 69, of Appleton, Wis., who first went to Cuba in 2012 and has been returning annually ever since. “When we were children, we were taught that Cubans didn’t know what they were doing. Turns out they do.”

Despite experiences like Mr. Phillips’s, trials in Cuba have shown only a modest benefit over all. In the most recent trial, patients receiving the vaccine after chemotherapy lived about three to five months longer than patients who did not receive it. The study, published earlier this year in the peer-reviewed journal Clinical Cancer Research, also found that vaccinated patients with high concentrations of E.G.F. in their blood lived even longer.

The United States’ embargo against Cuba prohibits the importation of most goods from Cuba, including medication, without a license. American citizens are now permitted to travel to Cuba if their purpose falls into one of a dozen categories approved by the Treasury Department, but seeking medical care is not one of them.

Most patients going to Cuba fly through a third country such as Canada or travel under a general education category called “people to people.” None have declared with customs officials the dozens of vials of Cimavax they bring back tucked in their backpacks or suitcases. Stephen Sapp, a public affairs officer for United States Customs and Border Protection, says there is no record of Cimavax being intercepted at the United States’ border. If it were, it is unclear what might happen.

Under the F.D.A.’s “personal importation policy, some unapproved medications may be brought into the country if there is not an adequate alternative available in the United States, or if treatment began in a foreign country and the amount is limited to a three-month supply. In addition, the Treasury Department recently established a new general license enabling American citizens to import Cuban pharmaceuticals under certain circumstances. But in the case of Cimavax, the regulation has apparently never been put to the test.

Ms. Malik’s son, Nauman, carried 80 vials of the vaccine and a set of syringes in his backpack when he and his mother flew into Los Angeles from Cuba in June. Patients generally receive an initial round of four injections at La Pradera, an international health center that caters mostly to foreign medical tourists in Havana — two to the arms and two to the buttocks — and then continue to give themselves periodic injections at home for up to several months. At the airport, Mr. Malik wrote on his declaration form that he was carrying medication, but he said that authorities did not ask what it was.

“I was ready for the discussion, but it just never happened,” he said.

Cuban researchers began working on Cimavax in the 1990s, prompted in part by the high rate of lung cancer in the country. A noncontrolled study in 1995 produced the earliest published evidence of the feasibility of inducing an immune response against epidermal growth factor in patients with advanced tumors, according to a 2010 article published in Medicc Review, an international journal of Cuban medicine.

Dr. Kelvin Lee, the chairman of immunology at Roswell Park, has been collaborating with scientists at Cuba’s Center of Molecular Immunology since 2011. He said he hoped the vaccine could be used on other head and neck cancers and ultimately “to prevent cancer.”

Patients in Cuba began receiving the vaccine free in 2011, and it has been administered to more than 4,000 patients worldwide, according to Roswell Park. Lung cancer and immunotherapy researchers are intrigued by Roswell Park’s proposed trial, which would combine the vaccine with a form of immunotherapy called a checkpoint inhibitor that keeps the cancer from turning off a patient’s immune system. The Roswell trial intends to use the drug Opdivo, one of four checkpoint inhibitors approved by the F.D.A.

But the scientists are also reserved in their appraisal of Cimavax, in part because the Cuban trials were done on a relatively small number of patients. There is concern that the vaccine has received disproportionate attention in the flush of warming relations between the two countries.

“The data is intriguing, but we need to do more definitive studies to evaluate the benefits,” said Justin F. Gainor, a thoracic oncologist at Massachusetts General Hospital who works on the design of clinical trials for novel therapeutics. “Right now, the body of evidence does not support using it outside the clinical trial process.”

The Cuban health care system has long been recognized for providing high-quality health care. A 2015 report on the Cuban health system by the World Health Organization noted, “In Cuba, products were developed to solve pressing health problems, unlike in other countries, where commercial interests prevailed.”

With Cimavax migrating into the United States, those commercial interests are already coming into play. In Cuba, a four-shot dose of Cimavax costs up to $100 to manufacture, Dr. Lee said. Mr. Phillips, of Appleton, Wis., estimates that he pays about $9,000 for his annual supply of Cimavax, or about $1,500 a dose, which a visiting nurse administers every two months. Although some patients say the price recently dropped to about $850 a dose, the total cost of the trip can easily run more than $15,000, including airfare, lodging at La Pradera for several nights, and several months worth of the vaccine.

Mr. Phillips, a lifelong smoker who was given a lung cancer diagnosis in 2009, said it was worth every penny. After chemotherapy and radiation, his cancer returned in 2010.

“Since I have been taking Cimavax, it hasn’t come back,” said Mr. Phillips, who travels to Cuba via Toronto.

How other patients are doing on Cimavax is difficult to gauge. Ms. Malik’s oncologist declined to be interviewed, saying he did not know enough about the medication. Several patients said they had not told their doctors for fear that they would refuse to treat them further.

“I’m afraid he won’t treat me if I am being treated by a Cuban doctor,” said a 57-year-old woman named Lily who started Cimavax in Cuba in June and asked not to be identified because she is afraid of consequences for not declaring it. “I think he’ll be afraid of liability or malpractice issues if he treated me while I was taking something that’s not F.D,A.-approved.”

In the five months since Ms. Malik began taking Cimavax, her experience has been mixed. Initially, the fluid in her lungs diminished significantly, giving her renewed energy and allowing her to get around without her walker. But recently, fluid has begun to build up in her right lung, and she has grown weak and short of breath. Her son says she is likely to switch to a new medication soon and stop taking Cimavax. a

“It’s not panning out as we’d hoped,” he said. “It’s really like the Wild West trying to know what is best to do.”

Stories of patients returning from Cuba are met with keen interest on the online health care social network Inspire, which supports a lung cancer group of about 53,000 members. They share information about how to travel under the radar and which size of refrigerated lunchbox is best.

“We got a lot of inquiries,” said Judy Gallant, an owner of P&G Travel, which has offices in Ontario and Havana, and is planning trips to Cuba for half a dozen American patients. “We make it clear we are not medical people. We just help them connect with people who are.”

Some American patients have a new worry: that when Donald J. Trump, the president-elect, takes office, he might crack down on Cuba and make it more difficult for patients to travel there. But Mick Phillips does not seem worried.

“I think we’re going to be O.K.,” he said. “Trump may do a lot of things, but I don’t think he’s into preventing people from being able to live.”