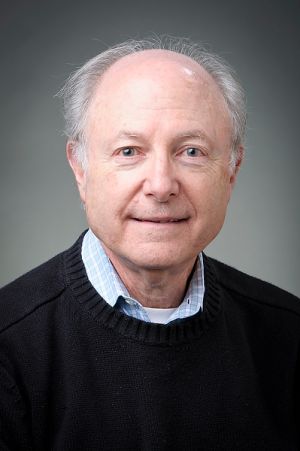 I was supposed to be in Cuba last week. My play for children, based on the story of the Jewish holiday of Purim, was scheduled to be performed at a festival of the arts in Camaguey, one of Madison’s sister cities.

The occasion was the 500th anniversary of the city’s founding, an auspicious event at which thousands of international travelers would join with Camagueyanos for a weeklong celebration of their city’s heritage.

To travel to Cuba to see my play and work with the theater company producing it, I applied for a specialist license from the Office of Foreign Assets Control, a unit of the U.S. Department of Treasury. OFAC has the job of administering the necessary compliance with the embargo of Cuba that has now lasted more than 50 years.

The embargo has yet to do anything substantial except cause enormous economic pain to the people of the island.

Cuba’s communist government remains in power since its revolution in the 1950s, and the country’s impoverishment is partly the result of a vengeful, entrenched foreign policy that has been totally discredited.

The policy has few advocates except for diehard anti-communists. Recent polls among Floridians show not even a majority of Cuban-Americans favor it.

The hypocrisy of the embargo is blatant and infuriating. Cuba, still labeled a terrorist country by the United States, is one of only a handful of countries (including Iran and North Korea) who are embargoed. And whatever Cuba is, it is certainly not a sponsor of terrorism.

Tens of thousands of Cuban-Americans visit their birthplace every year with no problems (and no terrorism). Hundreds of academic and cultural institutions are licensed to take visitors if they follow specific itineraries, and they make considerable money doing that. So do charter airlines.

The hypocrisy of the embargo is probably its most salient attribute.

In America, after a generation-long war on drugs, we are finally seeing a rejection of the draconian legal and economic policies that are the response to a total failure of governmental policy. As so many have urged (and voted), it’s time to declare victory, change assumptions and mission, and move on.

Perhaps the embargo will have a similar fate, though there is more hope in that idea than corroborating experience would call for.

I never received the license I needed to travel as an artist to Cuba to see “El Tinajon Magico.” (A “tinajon” is a large clay cistern used to capture rainwater and is featured on the city of Camaguey seal.)

But by good fortune, a delegation of Madisonians is traveling to Camaguey under an educational license this week, and it will return with some photos of my little play about empowering children to seek justice in their lives.

I realize, of course, that my difficulty with governmental intransigence and bureaucracy is insignificant when set against the ongoing atrocities in the world. But that cannot excuse the stupidity and mendacity of my own government’s policy to restrict the right of its own citizens to travel freely and to prevent the day-by-day efforts to create understanding and community among peoples of the world.

But as is said among artists and many others, la lucha sigue (“the fight goes on”)!