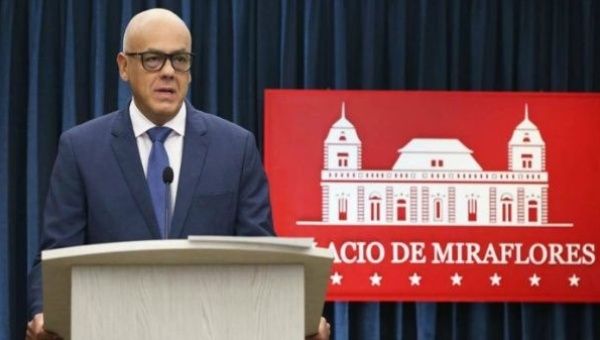 The voucher’s value corresponds to a sixth of a Petro, i.e. 600 Sovereign Bolivars.

August 21 (teleSUR) Communication Minister Jorge Rodriguez stated Tuesday that about 4,2 million Venezuelans out of the 10 million total population, have just received their voucher for the transition to currency reconversion.

The measure means to provide security ahead of August 20, the official day when the new currency will be in vigor across the country, and ahead of Sept.1 —when the new minimum salary of 1,800 sovereign bolivars will start.

Salaries will be paid every two weeks starting from October, added the minister.

Meanwhile, an agreement was signed between the government and the agro-industrial sector in order to impose fixed prices on 25 basic products.

The Finance Ministry has also been receiving the nominal value from small and medium private firms for the payment of two weeks of salary aimed to their workers, as the government will be taking over the payment during the coming 90 days.

On Wednesday and Friday, the Central Bank of Venezuela will open another auction of bonds for the new system of currency named Dicom, then will be organizing three auctions every week, up to five —every working day— in December.

Vice President Tareck El Aissimi introduced to the Constitutional National Assembly his proposals for the tax reform, which seeks a more distributive system and equality. The value-added tax will be 16 percent; the “special contributors will pay 1 percent of daily anticipation on their daily sales, 2 percent for the finance and insurance sectors; the tax on great financial transactions will be between 0 and 2 percent.