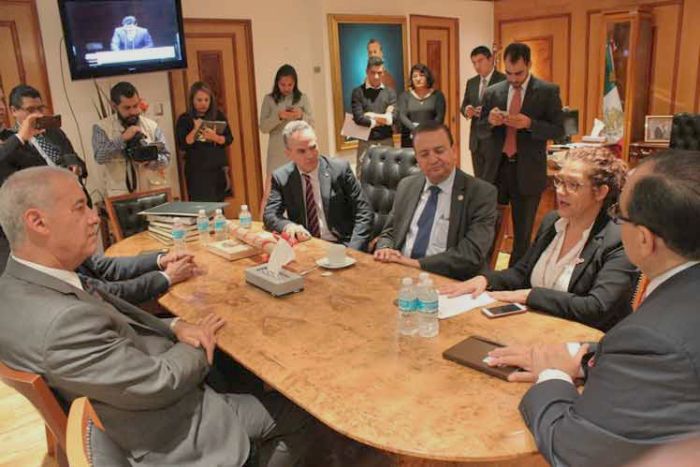 Ramírez, a federal deputy from the Institutional Revolutionary Party (PRI), acknowledged the contribution made by the doctors and specialists of the Henry Reeve International Medical Brigade that were deployed in earthquake-affected areas in Ixtepec, in the state of Oaxaca.

He stressed that the people are satisfied and feel admiration for the attention and treatment they have received from the Cuban health experts.

In welcoming the recognition, Ambassador Núñez Mosquera, thanked the gesture of the Chamber of Deputies, as well as the attentions that the doctors have received from the population and authorities at different levels.

He noted that to date, the brigade has offered 7,594 consultations, has performed 53 surgeries, 642 ultrasounds and over a thousand clinical examinations.

The Cuban medical brigade, made up of 40 people, including 19 specialists, was prepared to stay for 30 days and became part of Mexican government strategy to relief earthquake victims.