Leading figures of Cuban science to be recognized 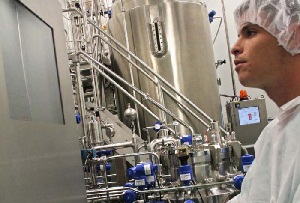 Cuban Science Day, celebrated on January 15, will see a range of activities across the island, bringing together researchers, scientists, innovators and technologists

Georgina Bonilla Pimentel, secretary general of the National Union of Sciences, announced a program of activities to mark the date, beginning on January 11, in tribute to efforts in the field, including creative means to solving problems and addressing priorities in the various spheres of society.

She added that exchanges between researchers, producers and decision makers across different provinces will be held, in order to promote scientific results and their increased use in productive practice.

Awards will also be presented for results aimed at exports and import substitution in the scientific, technology and environmental spheres.