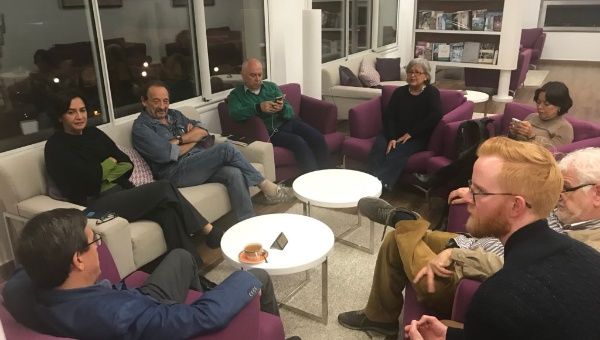 Tibisay Lucena visited Tunisia as the first stop on her diplomatic tour about the Venezuelan elections. “When the EU, following orders of the U.S., illegally sanctioned us, we didn’t think about suspending the international dialogue. We’re here to bring the truth about the electoral system and the Venezuelan democracy,” said Lucena.

April 17 (teleSUR) The President of the National Electoral Council (CNE) of Venezuela Tibisay Lucena was in Tunisia Monday as part of her global tour to affairm support for the Venezuelan elections and the country’s voting system.

Lucena reaffirmed the legitimacy of the presidential and local legislative council elections to be held next May 20. “The Venezuelan electoral system has a guarantee system unique in the world. There is no country that can guarantee the integrity of the vote as Venezuela does. The vote is 100 percent automatic,” said Lucena in an interview.

“The May 20 election is absolutely legitimate because the National Constituent Assembly (ANC) is. It was summoned in respect of the constitution. The world is being misinformed about this topic in order to criminalize our democracy,” explained Lucena.

Venezuela’s election process has been lauded by numerous organizations and observers not only for its high turnout, but also for the transparency and checks involved in the voting and scrutiny.

Former U.S. President Jimmy Carter had said “of the 92 elections that we’ve monitored, I would say that the election process in Venezuela is the best in the world.”

Lucena also added “we have invited the African Union, the European Union, who said already they wouldn’t come, and the United Nations, which also said no. But we will have presence from Caricom.”

“When the EU, following orders of the U.S., illegally sanctioned us, we didn’t think about suspending the international dialogue. We’re here to bring the truth about the electoral system and the Venezuelan democracy,” said Lucena.

Lucena also answered questions about the Democratic Coexistence Agreement, signed by government representatives and the opposition, as well as her views on the U.N.’s negative attitude about sending an Evaluation Commission to Venezuela to monitor the elections.

The meeting was attended by social organizations as well as African and European press.