Highlight imprint of Fidel Castro in the Cuban democratic system 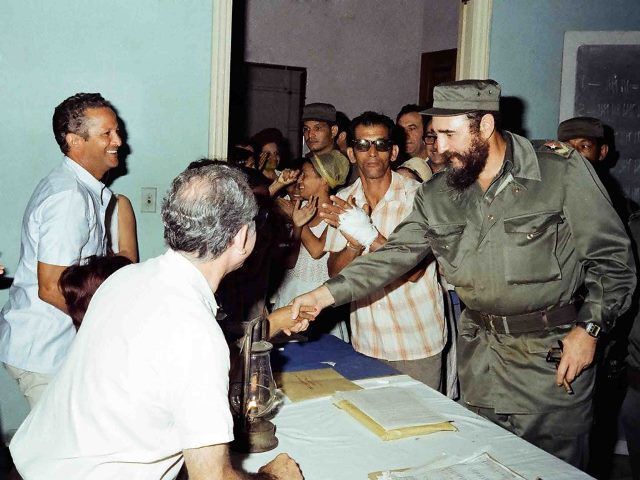 Santiago de Cuba, March 9 (Radio Cadena Agramonte) – Members of the Inaugural Lecture on the thought and the work of Fidel Castro, of the University of Oriente, exalted here its mark in electoral processes and the original democratic system of Cubans.

Through a television appearance, historians, lawyers and sociologists of this academic body, valued the contributions of the historic leader of the Revolution in the development of the exercise of citizenship and the loveable links which joined this city on each voting day.

The opinions of academics had the support of archive images that evoke the presence of the Commander-in-Chief in the tours of neighborhoods of Santiago in the middle of the preparations for the elections, in which the candidate to deputy to the National Assembly by those boundaries.

Fidel as the creator and architect of the transformations in the Cuban Democracy Act from 1976, when it was adopted the Constitution of the Republic and took new steps in the institutionalization of the country, was the central axis of the presentations a few hours of Sunday’s elections.

The teachers emphasized the strategic decision taken in 1992 with the election law that established the direct vote to elect delegates to the provincial assemblies and deputies to Parliament, just when the Revolution came in the difficult circumstances of the economic crisis.

In the middle of the beginning of the so-called Special Period, following the collapse of the European socialist camp and its harmful consequences for the Cuban society, the option was to open a channel to the freedoms of citizens in the act of choosing their representatives in government, they wrote.

On last October 4, on the occasion of the 70 years of the University of Oriente, was constituted the Honorary Professorship that has worked in pursuit of a greater knowledge about the legacy of Fidel Castro and has assumed the responsibility of the closeness of their ashes in the Santa Ifigenia cemetery. (PL) (Photo: File Cubadebate)