High demand for travel to Cuba already being felt at U.S. travel agencies and websites 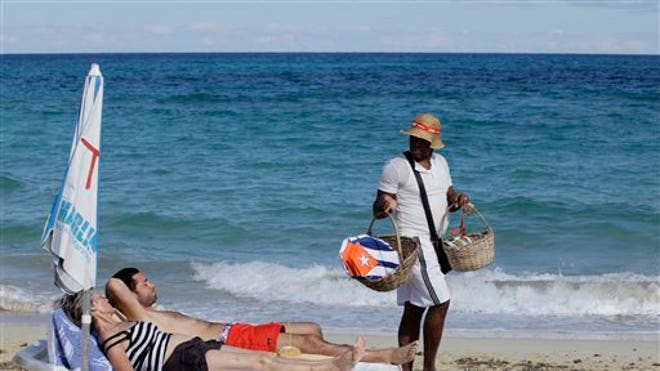 Blame it on Cuba.

Or, more precisely, the clamor to visit the island nation.

Ever since President Barack Obama announced in December that he was easing trade and travel restrictions between the United States and Cuba, topped off by proposed legislation in the U.S. Senate – to be mimicked next week in a House version – lifting all travel restrictions to the island, people have been reaching out to Guild and his agency, Marazul Charters, about going there.

“I alone have gotten about 1,500 emails,” said Guild, vice president of Marazul, which in the late 1970s became the first American company to organize trips to Cuba since the start of the embargo.

Last week, the popular travel site Kayak.com began posting flight and hotel information about Cuba because of the huge demand for it.

“There’s been a lot of press coverage about this and people are interested in traveling to Cuba,” Robert Birge, Kayak’s chief marketing officer, said to USA Today. “There’s been an increased demand from people for this information. Now that the demand is there, we’ve decided it’s time to make that information available on our site.”

Not that you can actually purchase the tickets on the website.

The high-level push for dramatic changes in U.S. dealings with Cuba came as a surprise to most, including long-time movers and shakers in the arena of U.S.-Cuba policymaking. Remarkably, the White House managed to keep negotiations a secret, holding discussions for more than a year in locations such as Canada and even the Vatican.

“I knew [they] intended to introduce a bill, but I didn’t think they would get it together so quickly,” Guild, 66, said. “I’m taken aback. The relations between Cuba and the United States have been locked for more than 50 years. It’s almost breathtaking everything that’s happened” in such a short time.

Whether the Senate bill, called the Freedom to Travel to Cuba Act, and its expected sister measure in the House make it to a floor vote is considered unlikely, though seldom before has there been such momentum for such a policy change. Many lawmakers on both sides of the aisle, in addition to business groups, agricultural employers and more and more younger Cuban-Americans, support normalizing relations with Cuba.

“There is bipartisan support for this,” said Guild, who arranges trips for Cuban-Americans who go to Cuba to visit relatives, and people-to-people interchange tours conducted by institutions such as universities and cultural groups.

One of the more immediate changes announced by the Obama administration is the expansion of the type of interchanges – including educational, humanitarian, religious and cultural – that people who travel to Cuba are allowed to engage in, and the elimination of the requirement for a special license from the U.S. Treasury Department’s Office of Foreign Assets Control.

Obtaining a license used to mean involving attorneys to help fill out hundreds of documents to prove that a trip met the definition of a “meaningful” exchange between every person in traveling group and Cubans on the island.

That, Guild said, contributed to making trips to Cuba expensive – often running into the thousands of dollars per person – even though it is just 90 miles from Florida, at most a half-hour plane ride from there.

He expects more people to get into the business of arranging travel there, and that should bring the price down, he said.

Cuban-Americans going to Cuba on their own can take a round trip charter flight from Florida, for example, for between $400 and $500.

That could get even less expensive if more airlines start offering trips to the island from airports around the country. Many major airlines have indicated that they are considering doing so.

The stepped-up tourism from the U.S. will present challenges to Cuba, which gets about 3 million visitors from around the world – a million from Canada alone.

“What is Cuba going to do to respond to the increased level of demand?” asked Guild. “They’ll have renovate older hotels, make it possible for tourists to stay in people’s homes. People can’t just hop on a plane [in greater numbers] and show up there and head to the beach.”

The tourism infrastructure, he said, will have to change.

For his part, Marazul will begin organizing more of its own trips for individuals starting in September, Guild said, expanding beyond the group tours it puts together for organizations.

Elizabeth Llorente can be reached at [email protected] Follow her on https://twitter.com/Liz_Llorente