Groton, Ledyard and New London students to sail to Cuba on tall ship 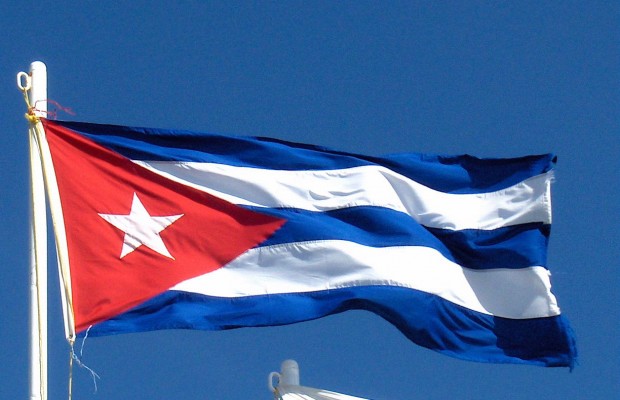 Fresh off their first sailing trip in the fall, a handful of high school students from Ledyard, Groton and New London will soon get to make an international voyage in March: sailing aboard the tall ship Oliver Hazard Perry from Fort Lauderdale, Fla., to Havana, Cuba.

The students are members of “More Than Words,” a leadership group focused on conflict resolution made up from students at Fitch High School, Ledyard High School and the Science and Technology Magnet High School.

They will make the trip on the Perry, a civilian sailing school ship based in Rhode Island.

After their September trip, during which the students sailed between Block Island, Fishers Island and Newport, the students held presentations in their schools about their experiences on the boat, said Groton Superintendent of Schools Michael Graner.

“They had this theme that really has become a mantra for our year: ship first, crew second and self third,” he said.

“It just kind of became something instilled in me along the journey,” senior Lauren Hipplewitz of Ledyard High School said. “We made sure (the ship) wasn’t going down, there was any water beneath the deck, and make sure sails were up.”

Meanwhile, the ship’s staff had added a trip to Cuba, following the easing of travel restrictions in 2015, and advertised the trip nationwide. After it sold out they added a second trip, and offered several bunks onboard to students from More Than Words with a full scholarship of the $2,000 ticket.

“They were such strong leaders,” Jessica Wurzbacher, executive director of the Oliver Hazard Perry Rhode Island, said of the students.

The “More Than Words” program, she noted, prepared them for the work they would undertake aboard the ship.

“It’s really exactly what the programs are about: they get it so quickly,” she said.

Four students from the area will attend: Hipplewitz, Jamin Importante from Fitch, Luis Rodriguez-Veras from New London High School and Emma Hurley from the Science and Technology Magnet High School.

Students will fly to Fort Lauderdale, where the boat will be docked, and depart on the 48-hour, 200-mile-long voyage to Cuba on March 18. The boat will arrive at a port outside of Havana, after which they’ll have a day in the country to explore.

There will be a tour of the capital for students to “see the town and experience the culture,” said Wurzbacher. The boat will then sail back to Fort Lauderdale on March 26.

Although there will be science and conservational educational programs on board, students will also be expected to work hard too: they will be divided into three separate watches responsible for keeping the ship on course in four-hour shifts overnight.

Hurley, a junior from Ledyard, said the students have remained close after their stint on the Perry, and keep up with a group iMessage chat named after the ship. She said she’s excited to reconnect with them and make the voyage.

While she’s happy that she avoided night watch the first time around, she’s happy she’ll have another opportunity to go aloft and work on the rigging.

“How many people can say they’ve been to Cuba?” she asked.