Family visits to Cuba inspired girl to become a poet 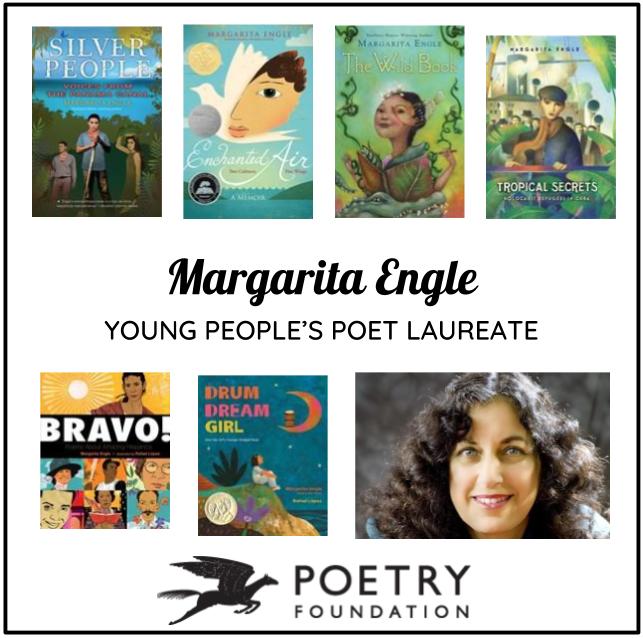 When she was a little girl, Margarita Engle spent her summers in Cuba, where she says she fell in love with nature.

Her mother’s home town of Trinidad in central Cuba is near a large nature reserve where people visit waterfalls, go hiking and ride horses.

Engle, 66, was born to a Cuban mother and an American father. Her annual visits to the Caribbean island from her home in California shaped her life and inspired her to become a plant scientist and a poet. The Poetry Foundation recently named her its Young People’s Poet Laureate, a role Engle plans to use to encourage children and teenagers to write down their feelings.

Magic happens when you put your emotions in writing, she said.

Engle says she has always liked poetry. At age 6, she wrote her first poems about nature. After looking around while taking a walk one day in California, she wrote a rhymed verse about the shapes of hills. In the summer of 1960, when she was 9, the U.S. relationship with Cuba grew increasingly unfriendly, and Engle was unable to return to the island for three decades.

“I fell in love with Cuba, and I never imagined that we wouldn’t be able to go back,” Engle said. “I wanted to feel free to love two countries even though history said, ‘No, you have to choose.’ ”

Even though Cuba is only 90 miles from the Florida Keys, most Americans have not been free to visit the country for more than 50 years. The United States blocked most trade with the island after it became a communist nation in 1959, and the restrictions made travel between the two countries almost impossible.

A few changes in recent years have made it easier to visit, but many Cuban-Americans have not gone back. An estimated 2 million Hispanics of Cuban origin live in the United States, according to a Pew Research Center study.

Engle missed visiting her abuelita, tíos and cousins, and missed the country’s hills and villages. So as a teen, she wrote sonnets (14-line rhyming poems) about nature and stories about people in Cuba.

Some of her books explore the island, its people, markets and landmarks. Her new picture book, “All the Way to Havana,” features American cars from the 1940s and 1950s that are still on Cuban roads. “Forest World,” a new middle-grade novel, introduces readers to Edver, an 11-year-old who lives in Miami, Florida, with his mother and is shipped off to Cuba to see his birthplace and meet his Cuban family. When he arrives in Havana, the capital, he learns he has an older sister, Luza, who stayed behind on the island with her father and grandfather. The two go on an adventure into a Cuban forest.

The emotions of the characters are similar to what many children feel when separated from loved ones. Writing them down helped Engle heal the pain of not being to able to visit when she was a girl, she said. Engle said she hopes that people facing similar challenges can find refuge in poetry.

“When you sit down to write, it is just you and the words,” she said.