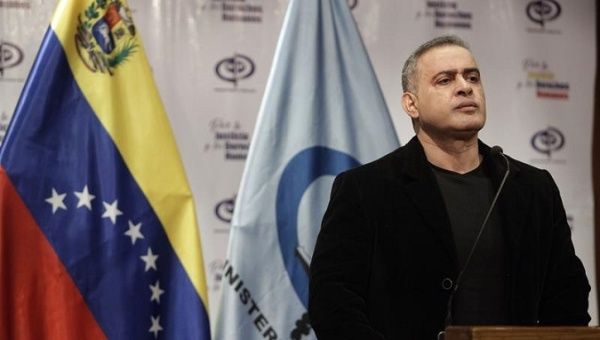 June 7 (teleSUR) The Venezuelan public ministry announced Thursday they dismantled a network dedicated to the theft of medicine and first-necessity goods.

Chief Prosecutor, Tarek William Saab, said the criminal network was able to “in eight months take over a quantity of goods valued at 7.5 billion Venezuelan pesos.”

Saab highlighted he had requested search and arrest warrants against six of the network’s leaders in the state of Miranda, who have been detained, and announced more warrants against members of this “mafia” are to follow.

According to the prosecutor’s investigations, the network was organized to resell medicine and first-necessity goods in the black market at higher prices, contributing to the scarcity that is affecting millions of Venezuelans. “These people have caused great damage to the people who face difficulties to find and get these medicines,” Saab told the press.

According to Saab “the chain Farmatodo, trusting in the Public Ministry, filed a complaint so we began the investigation. I invite all citizens to report any irregularities.”

For the May 20 elections, President Nicolas Maduro ran on a platform vowing to fight the “economic mafias” he says are largely responsible for the scarcity and inflation that affect Venezuelans.