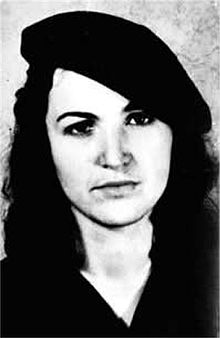 After its presentation on Friday in Uruguay, the audiovisual will again be exhibited in Bolivia where the premier was held last month in La Paz.

Cupull mentioned the contribution of her sons Leandro and Livan Gonzalez as artistic directors and editors and also thanked the Bolivian government for its contribution during the investigations in that South American country.

Regarding the presentation of the graphic piece in Argentina, Cupull said that the coauthor of the work, Froilan Gonzalez, presented a 40 minute digital version at the 7th International Political Film Festival to recall the heroic fall in combat of Tania 50 years ago.

Irene Perpinal, member of the team researching the life and work of Tamara Bunke, participated in the audiovisual presentation and said that the magic of the theater and force of the documentary made the audience feel the presence of Tania.

Perpinal added that the mixture of photos, documents, real films of the past and present, valuable testimonies almost impossible to achieve and the music made the audience get involved in the history and moved to the point of tears.

The whole series has 10 chapters, each one of them lasting between 10 and 12 minutes, commented the also director of other documentaries on Che and members of the guerrilla in Bolivia.

A television material was needed on Tania and that is why the directors decided to make “History of Ita” when they traveled to Santa Clara finding many personal belongings, documents and information on Tania, said the researcher.

In Argentina, where she was born, childhood friends spoke about the revolutionary who they called Ita and that is why the documentary has that title.