Posted on November 9, 2018 by Anthony Brenner 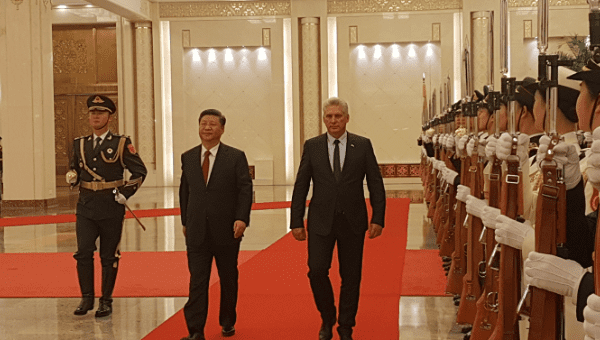 Nov 8 (teleSUR) The Presidents of Cuba Miguel Diaz-Canel and China’ Xi Jinping held an official meeting Thursday at the Great Hall of People in Beijing, China. The two leaders signed several cooperation agreements to increase Cuba’s productive capacity and agreed on a loan for Cuba to purchase construction equipment for its renewable energy and tourism sectors.

Before meeting Xi Jinping, Diaz-Canel paid homage to the revolutionary leader Mao Zedong. He wrote on Twitter, “In the morning #Cuba delegation paid tribute to Mao Zedong and the heroes of the Chinese people. Our commitment to these generations of heroes is to defend the construction of Socialism and strengthen relations between #Cuba and #China. #WeareCuba”

“Our commitment to these generations of heroes is to continue to uphold the banners of socialism and strengthen our already historic and indestructible relations of friendship and solidarity,” said the president after signing the Mao Zedong Mausoleum visitors’ book. 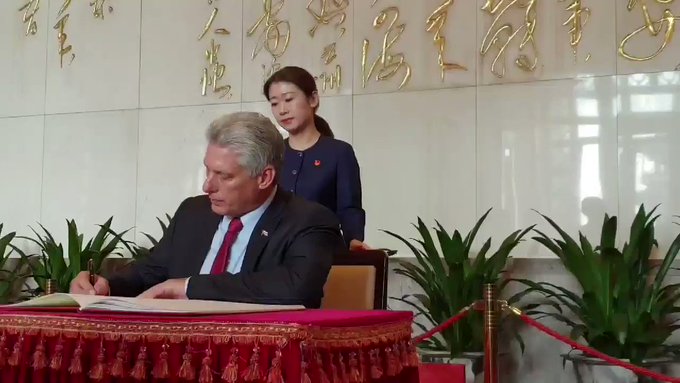 After visiting the Mao Zedong museum, the Cuban leader met Li Zhanshu, Chairman of the Standing Committee of the National People’s Congress.

“I feel respect, admiration and affection for the Chinese people”, Diaz-Canel said after meeting with Li Zhanshu.

Following that, he met with Prime Minister Li Keqiang. The Foreign Affairs Ministry of Cuba wrote about the meeting on its Twitter handle.

“In his meeting with Prime Minister Li Keqiang, member of the Standing Committee of the Political Bureau of the CC of the CPC, the President @ DiazCanelB said that the new generations will continue the consolidation of bilateral relations with #China | #Cuba #We are Continuity.”

After that, he met with Xi Jinping and held official talks with the Chinese President in the People’s Palace. 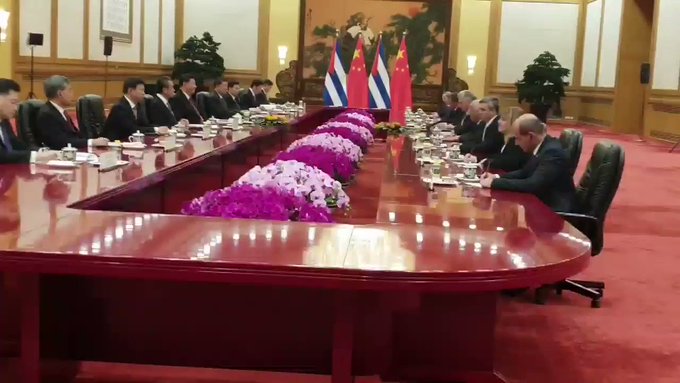 On Saturday, he plans to travel to Ho Chi Minh City, the most populous city in Vietnam and its main economic, industrial and financial center.

Diaz-Canel is on an official tour to foreign countries. He had already visited France, Russia, North Korea, and China. His last visit will be to Laos.