Posted on January 7, 2014 by Anthony Brenner 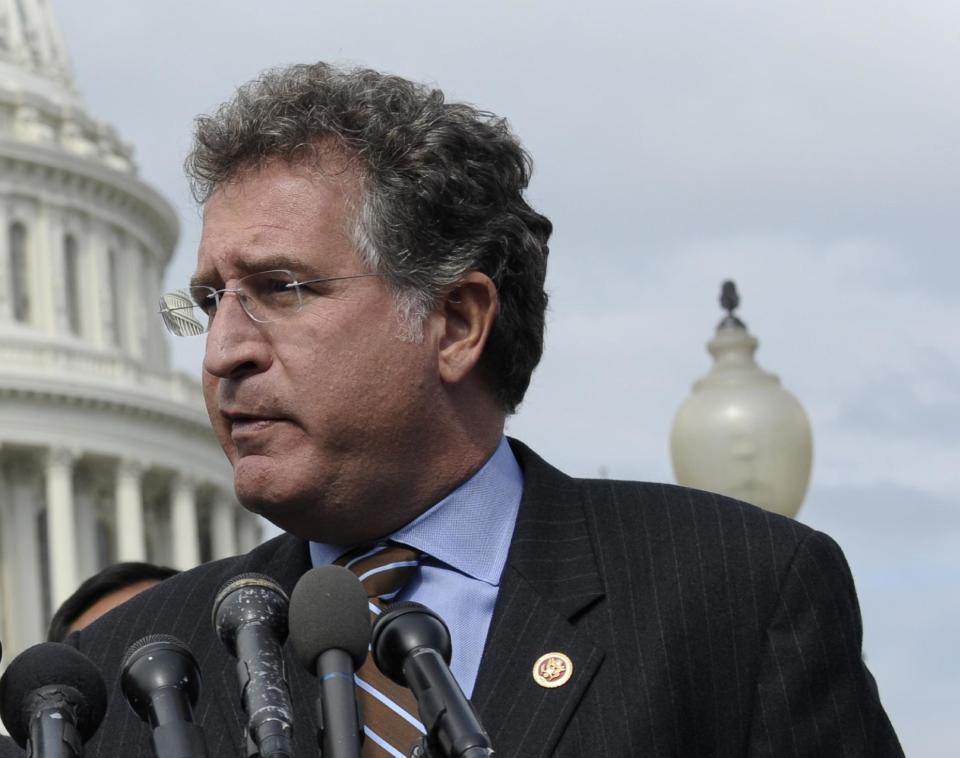 MIAMI January 3, 2014 (AP)
By MICHAEL J. MISHAK Associated Press
Associated Press
For more than two decades, running for Congress in this sun-soaked capital of Cuban exiles has required two things: a Republican registration card and a hard line toward the Castro regime.

So when Joe Garcia became the first Cuban-American Democrat from the state to win election to the House in 2012, it signaled a crack in a critical GOP constituency.

In a break with the exile community, Garcia campaigned in support of loosening restrictions on Cuban-Americans who want to visit relatives on the island or send them money. Since taking office, he has pushed for U.S. trials of a Cuba-developed diabetes treatment and for easing travel rules for Cuban diplomats who visit the U.S.

Not long ago, any gesture of comity toward Cuba’s communist government would have been greeted in Florida with a closed fist — or a car bomb. But three generations on from the revolution, Garcia represents a new breed of Cuban-American, more interested in pragmatism and reconciliation than regime change and isolation.

That generational shift is at the heart of a realignment that could help change U.S. policy toward Cuba and reshape the political landscape in the country’s largest swing-voting state.

The implications are particularly troubling for the GOP.

In 2012, Obama captured nearly half of the Cuban-American vote in Florida, a record high for a Democrat. He has since pledged to “update” a U.S. policy that prohibits even the most basic business dealings with the island.

“Keep in mind that when Castro came to power I was just born,” he told supporters at a Miami fundraiser last year, “so the notion that the same policies that we put in place in 1961 would somehow still be as effective as they are today in the age of the Internet, Google and world travel doesn’t make sense.”

Cubans now make up about a third of Florida’s fast-growing Hispanic population. For decades, they had voted reliably Republican, partly because of the party’s anti-communism tenets. Democrats, led by President John F. Kennedy, had also headed up the botched 1961 Bay of Pigs invasion, when 1,500 CIA-backed Cuban exiles tried but failed to overthrow the nascent Castro regime.

In Florida, conservatives harbored plans for another armed incursion and dreams of returning to the island. But five decades of political stalemate have tempered that vision.

“We have gone from a politics of passion to a politics of realism,” said Andy Gomez, a Cuba expert and former senior fellow at the University of Miami’s Institute for Cuban and Cuban-American Studies. “We have come to the realization, like any immigrant group, that this is home.”

Polls show new immigrants and younger Cuban-Americans are more motivated by domestic concerns, including health care, education and the economy, than by anti-communist fervor. A study by the Pew Hispanic Center found that Cubans are the Hispanic group most likely to say they have “only a little” or “almost nothing” in common with those living in their family’s native country.

“You live here. You work here,” said Luis Diaz, a 33-year-old businessman from Kendall, as he sipped a cup of cafe con leche at La Carreta, a local Cuban chain.

His family fled Cuba in the 1960s and 70s and are staunchly Republican, but he considers himself an independent.

Republicans acknowledge the generational shift among Cuban-Americans but say recent election results are more a reflection of lackluster campaigns than political realignment.

Mitt Romney, they say, failed to cultivate Hispanics. And Republican Rep. David Rivera fell to Garcia after he was dogged by state and federal investigations into his finances.

“It’s not the slam-dunk it was 20 years ago,” said Al Cardenas, former head of the Florida Republican Party and chairman of the American Conservative Union. “At the same time, the Democrats haven’t turned the corner and made the Cuban-American community a very competitive place yet.”

Rubio, a Republican and the state’s most prominent Cuban-American politician, holds traditional hard-line views on the trade embargo and remains a popular figure in Florida.

Garcia’s re-election campaign this year could be a potential test of how his divergent views on Cuba play among Cuban-Americans.

The 50-year-old son of Cuban exiles, Garcia grew up in Miami when there was little tolerance for anything but the hardest of lines against Fidel Castro and the revolution.

Car bombings of Cubans perceived as sympathetic to Castro were so common that they created a market for remote starters, “enabling the intended victim to watch what might have been his own incineration from across the street,” wrote Joan Didion in “Miami,” a study of the Cuban exile community.

In 1988, Garcia led humanitarian efforts to reunite families that had fled Cuba. He later became executive director of the hawkish Cuban American National Foundation, which successfully lobbied for tightening the U.S. economic embargo. His work, he said, “helped create a lot of the rules for the religion of the embargo.”

But his meetings with newly-arrived Cuban defectors helped soften his views. U.S. policy, he now says, hurts Cuban citizens and dissidents in particular. That brings him in line with many Cuban-Americans in Miami-Dade County.

Florida International University’s most recent poll of that group, done in 2011, found that 44 percent of them opposed continuing the embargo, and 53 percent said it had not worked at all. Two decades ago, 80 percent favored the economic sanctions.

“The embargo was the only tool in the toolbox for a very long time. …Things change,” Garcia said, noting advances in technology and travel. “American diplomacy is more sophisticated.”

In recent months, Garcia has championed a pharmaceutical company that wants approval to test a Cuba-developed diabetes treatment in the U.S. Under the embargo, the federal government would have to license the therapy because it was developed by an arm of the Castro government.

The move stirred the ire of exile leaders and Florida’s Cuban-American congressional delegation, who said it could give the Cuban government access to U.S. markets without making democratic reforms.

Rep. Ileana Ros-Lehtinen, R-Fla., told the Miami Herald that Garcia’s backing marked the first time she can remember a Cuban-American member of Congress “supporting something that will be helpful to the regime.” Rep. Mario Diaz-Balart, R-Fla., criticized Garcia for trying to assist “a state sponsor of terror.”

Garcia dismissed the criticisms, saying the therapy could help prevent 70,000 amputations a year.

While he supports the embargo, he said some of its restrictions should be relaxed because they are “out of tone and time.”

“When the policy was set out a half century ago, I’m sure nobody thought we’d still be diddling around with this,” he said. “Are there not other things we can do?”