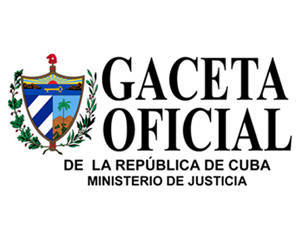 Havana, Feb 10 (Prensa Latina) The Cuban government reiterated its pledge to protect and defend women’s rights by issuing two decree-laws that endorse the pregnancy process and their subsequent incorporation into working life.

At a press conference held at the Ministry of Labor and Social Security, Deputy Minister Yusimí Campos said that Decree-Law No. 339 ‘Maternity of the woman worker,’ states that whether the mother decides to return to work after the conclusion of Pre and postnatal leave, she can simultaneously match the social benefit to which she is entitled with his salary.

‘This means that the amount of the monthly benefit that working mother receives can not be lower than the existing minimum wage in the country.’ she said.

In this regard, she pointed out that if the working mother receives two salaries for boasting more than one job, either in her own workplace or another, she will be entitled to receive the economic and social benefit for each of contract of employment.

She said that this law regulates the option that in addition to the working father – as was only previously allowed – the grandmothers or grandparents can also be provided with the social benefit for the care of minor until his/her one year of age.

In this case, she stressed that grandparents will the the possibility to receive ascending social benefits up to 60 percent of their average monthly salary during the last 12 months.

The other decree was set forth by the Ministry of Finance and Prices in the Law No. 113 ‘From the Taxation System’, of July 23, 2012, which endorses a 50% bonus in the payment of monthly installments of the Personal income taxes for self-employed women who have two or more children under 17 years of age.

The Director General of Public Policy Adalberto Carbonell, stressed that this measure is aimed not only at stimulating fertility, but also supporting self-employed workers who work as -parenting practitioners- and -healthcare, disabled people and the elderly assistant.