Cuba Expands Self-Employment in Its Economy 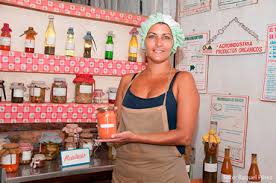 Havana, Aug 1 (Prensa Latina) Self-employment, or private work by an individual or groups of persons, is now an element of the Cuban economy, and the Council of Ministers looked into its results and ways to expand and improve it, the official Granma newspaper reported Tuesday.

The daily adds that by the end of the first half of this year, about 567,982 people were self-employed in Cuba since this modality began in October, 2010. This figure represents 12 percent of all labor force of the country.

Data from the Ministry of Labor and Social Security show that about 32 percent of self-employed is young people; 33 percent women; 16 percent works, too, as wage earners in some state center, and retirees make up 11 percent. Since self-employment began in 2010, the State has been introducing measures to make it more flexible and make the granting of licenses easier, facilitating marketing and providing assurances of guaranteeing social security. These aspects were discussed during the recent meeting of the Council of Ministers, and ratified by President Raul Castro in the Ninth Ordinary Session of the National People’s Power Assembly (Parliament). Deputy Labor and Social Security Minister, Marta Elena Feito, said this process is part of a systematic review and improvement, aimed at correcting deficiencies, so no action is outside the law.

Feito stressed that the Cuban State has ratified the decision to enhance the performance of self-employment, but always within the framework of law and order.