We have just returned from 2 weeks adventuring in Cuba.  My youngest daughter, Susannah, is married to a Cuban artist, Yadir. Yadir’s mom, Ada, lives in Alamar, a suburb of Havana. Because we have relatives there we qualify to  go legally through Miami.  We have been 3 times in the last 4 years. This year we learned more, saw more, experienced more than we ever have before.  It’s a fascinating, beautiful, BRAVE big island and it is changing so quickly.  If you have even the slightest interest in going there to see it before it turns from what feels like the 1950’s  to the 21st century, GO NOW. 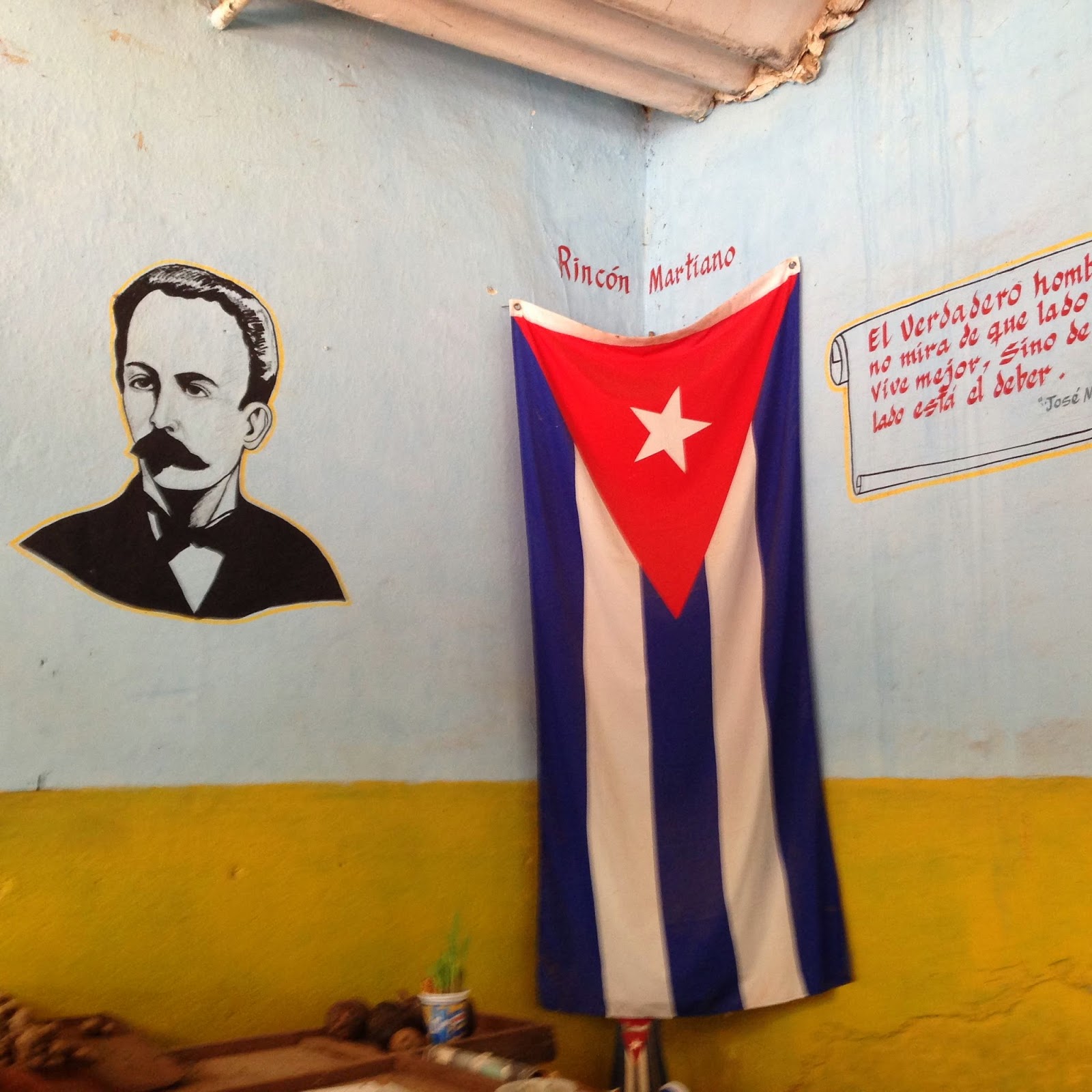 We spent 1 week at the beach 20 minutes from Havana – Playa del Este.  What can I say about …the see through clear water, the laid back vibe, the closeness to Havana (easy taxi ride – Alomdrinos ), the lack of tons of tourists, the sounds provided by strolling musicians, the sensational 1959 3 bedroom beach house with it’s own pool ($145 a night -don’t believe the bad reviews!)…it was HEAVENLY.  Our house had a kitchen so we went shopping at the big central produce market in Havana and bought all sorts of exotic fruits and vegetables, stopped at the funky meat store off Parque Central and bought chicken, pork and fish. I had previously always wondered where one went to buy food in Cuba.  There are no big supermarkets and I was only familiar with the  corner stores that sell mainly great rum, and street carts that sell limited amounts of seasonal vegetables. Also previously buying food with the CUC (currency for non Cubans) as opposed to the peso was difficult.  This is no longer the case. Now I know that there is plenty of beautiful, organic, Monsanto-free, seasonal produce right in the middle of Havana.

After a week of beach bliss we rented a car and the 5 of us drove into Pinal Del Rio.  First stop Soroa, a beautiful country  town with a famous waterfall and Orchidarium.  After being turned away at the only hotel we stayed at one of the sweet casa particular that dot the main road. Ours was owned by Rey and his family.  Rey was a world class cook (best lobster ever) and from our little perch on the hill, after our great dinner and much rum, we listened to the chickens, horses, pigs and dogs sing us to sleep..it was quite a lullaby. 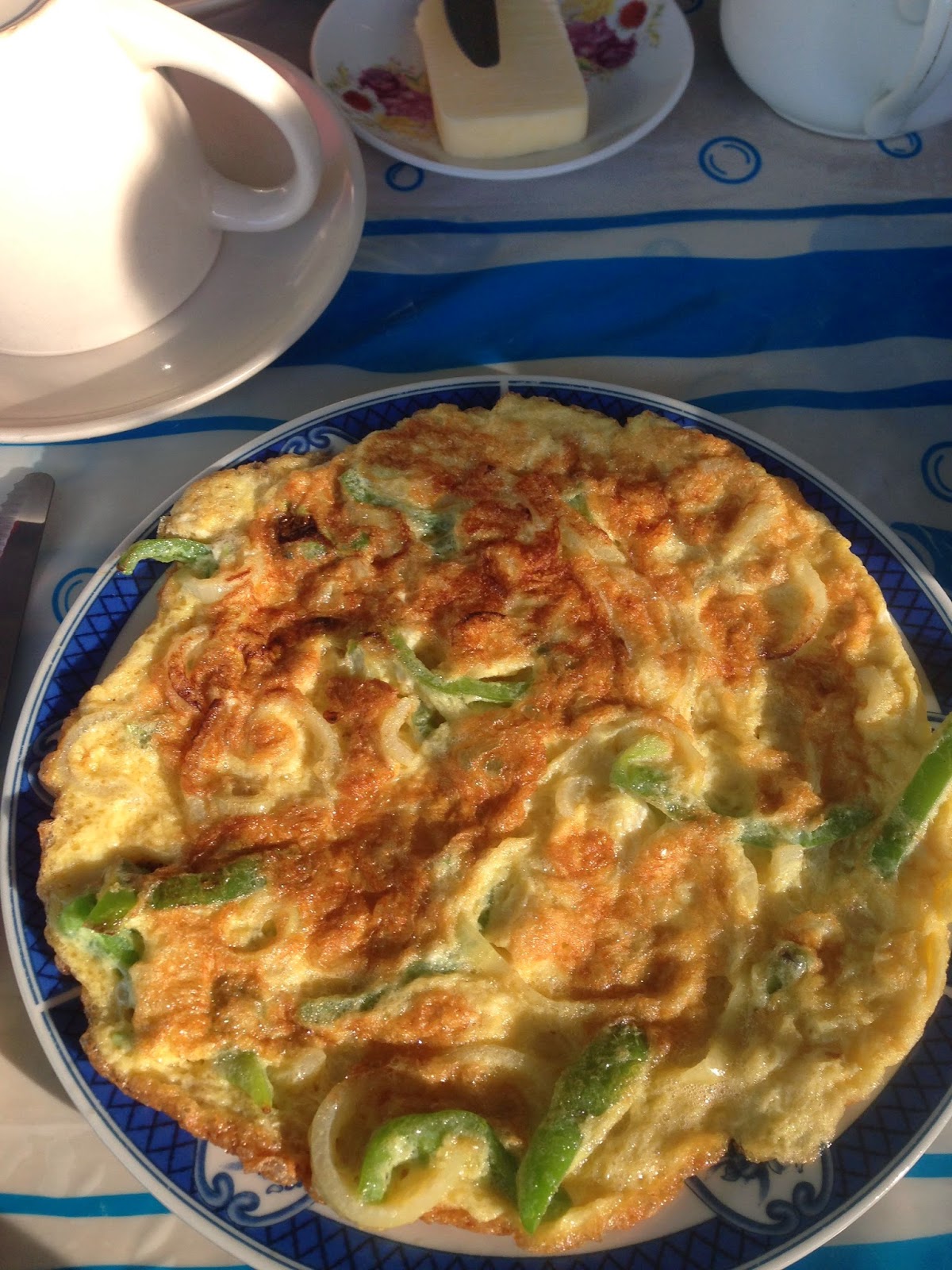 fabulous breakfast from the garden

Next stop the beautiful Vinales home of the magote, caves and tobacco farms. We pulled off the side of the road one afternoon and entered a little thatched hut and were given a spontaneous tour by the tobacco farmer, Angel Cruz.  His father had farmed this plot for 70 years before him and you could feel the pride and love he had for his work as he spoke.  John was able to buy cigars from Angel. He swears they are the best he has ever smoked. Again we stayed in a casa particular and this one had the best bedspread.  There are over 150 casa particulars in Venales. When in Cuba I would recommend staying in one…you will eat the best food ever here and will get to experience Cuban realness.  They are regulated by the government and the ones we stayed in were impeccably clean.  The only draw back can be an occasional lumpy bed.  We also stayed in the government owned hotels.  They are also very clean, have better beds BUT have buffets where the food is usually pretty bad. Though Cubans can stay here (another change from a few years ago) chances are the only folks you will meet are other tourists.

After our 4 days of country living I had the bright idea to go to a “swank” resort in the famous beach of Varadero.   There is NOTHING Cuban about  a swank resort on Varadero.  The beach is beautiful yes but the scene to me was awful.  The place we stayed  was like being on a cruise ship.  Ada said it best…”There is nothing Cuban here…Cuban’s couldn’t even dream of this.”  I can add that if they did it would be more of a nightmare of endless buffets, floor shows, fat tourists and bad coffee.  Advise to anybody wanting to go to a beach in Cuba…skip this one. 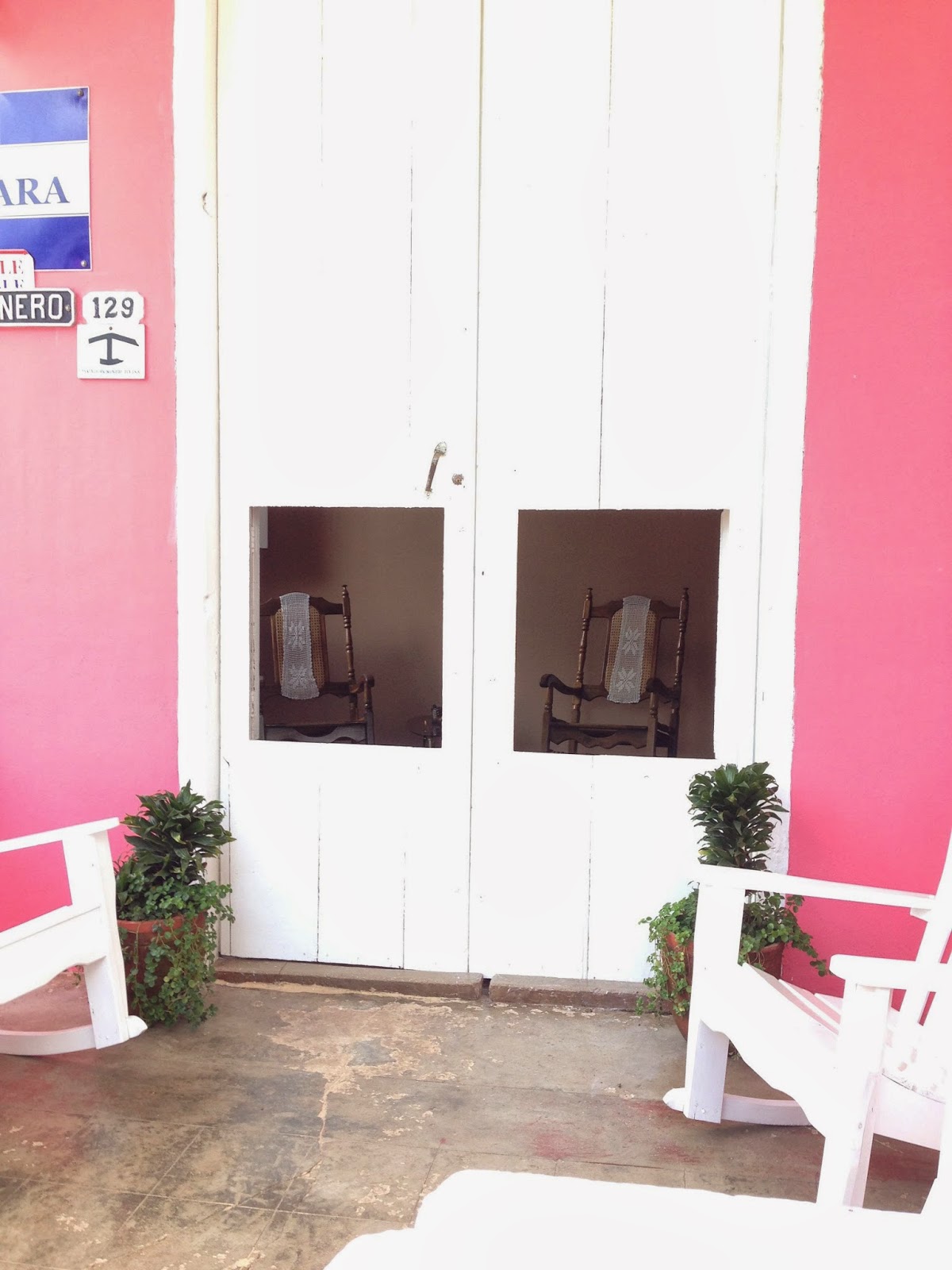 View from the street of the beautiful colonial buildings

Our last 2 days we stayed in Havana.  What a city…it’s a crumbling ruin that functions… somehow and fills you up with it’s beauty.  We ate the greatest food in PRIVATE cafes, paladars, and bars..a huge change.  We also found a small boutique that sold Cuban made home decor products.  This little shop on a street in Habana Vieja looked like it would be at home on Berkeley’s 4th St.  These owner operated businesses were the biggest change we experienced in Cuba.  Raul Castro has opened up the possibility of private business and these are great examples of entrepreneurs running with this opportunity…It makes me excited about Cuba’s future.