The Mais Medicos program, which will bring 11,000 Cubans, is already helping, backers say. But the doctors are not being paid capitalist-style. 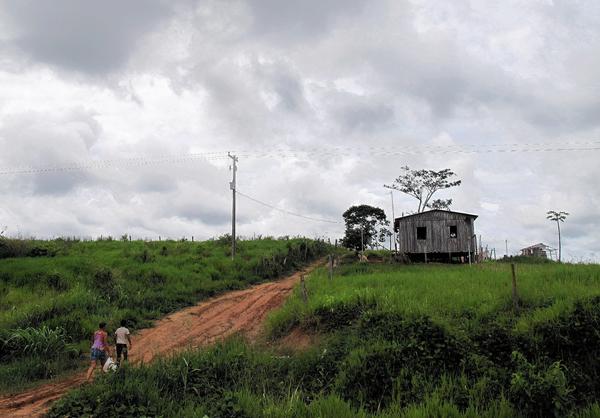 RIO BRANCO, Brazil — Dr. Alberto Asael Reyes speaks Portuguese carefully when talking to his patients. He arrived in the Amazon region only recently from Cuba, and his accent remains strong. But in an area where there has long been no available physician, he often needs to introduce residents to new words and concepts.

“Rheu-ma-to-lo-gist,” Vinicius, a thin, shy 11-year-old, utters slowly after meeting with Reyes. Though Vinicius has had severe fevers and heart problems since birth, no one had told him he needed to see one.

“No one would come here,” says Maria Elena Brito da Silva, a teacher at the school down the road here in the outskirts of the city. “All the doctors stayed in their private practices in the city [center] making money.”

These days, patients receive free consultations with Reyes, 41, at this outlying government-run health center, among the first of a group of about 11,000 Cuban physicians headed to Brazil.

Faced with a severe shortage, the government of left-of-center President Dilma Rousseff is importing 13,000 foreign doctors by May to serve the poor and those in inadequately served rural areas.

“They’re being received very, very well by patients,” says Marcia Corsini, who is coordinating the new arrivals at the City Hall in Rio Branco, capital of the state of Acre. “In truth, we could use more of them soon.”

Brazil has seen a rapid increase in wealth during the last decade, and more than 40 million people have risen from poverty into the middle class. But as the country prepares to take the global stage as host of the 2014 World Cup, much of the population has not seen commensurate improvements in public services.

Brazil’s Constitution calls for free care for all citizens who have no private plan, but in reality that remains little more than a promise. Neglected communities, long lines and bloody tragedies are often easier to stumble upon than an available doctor.

The government says Brazil has 360,000 active doctors and can use 160,000 more. Most doctors are concentrated in the richest areas: The state of Rio de Janeiro has more than three doctors per 1,000 residents, compared with less than one per 1,000 people in Acre, far away on the Bolivian and Peruvian borders.

Many of the Cuban physicians are alumni of health export programs the socialist island runs in other nations, including Venezuela.

A sizable controversy over the program is due in part to the politics of the Castro government and the way the Cubans are paid. Instead of paying the doctors directly, as Portugal and Bolivia do, Brazil has agreed to send the money to the Cuban government, which then pays them a small fraction of the $4,300 monthly salary.

The Cuban medical system was inspired by the legacy of Che Guevara, and doctors say they’re proud that it recognizes that “medical care is a human issue, not commerce, and being a doctor is not a vocation you choose to become rich,” Reyes says.

“I’m excited to live in Brazil, and being here is good for my career, as I can learn more,” says Dr. Geisell Martinez Torres, 35. “I can also do something that’s economically good for Cuba. Thanks to our country, we are doctors, and our children [in Cuba] are studying right now for free.”

Martinez and Dr. Alaide Duran Sosa, 45, are housed in a mansion with a swimming pool and are driven to work every day. But they already have their fair share of healthcare horror stories, and say the vast majority of people they treat have problems that could have easily been avoided through early intervention.

“We just barely saved one woman today,” says Martinez. “Someone had told her she had diabetes, and prescribed her medicine. So she stopped eating all food entirely, thinking she was only supposed to consume her medication. No one told her otherwise.”

Despite being less than half as rich as Brazil, Cuba ranks far above Brazil on the main international health indicators. Life expectancy in Cuba is 78, just behind that in the U.S. and far ahead of Brazil’s 74, which sits in the middle of international tables, according to the WHO. The infant mortality rate in Cuba is 4.76 per 1,000 live births, lower than in the U.S., at 5.9, and far lower than Brazil’s 19.83, according to the CIA World Factbook.

The Cuban focus on primary care aims at catching problems early. The doctors in Acre say they most often see hypertension, diabetes, gastritis and asthma, apart from vehicular and farming accidents.