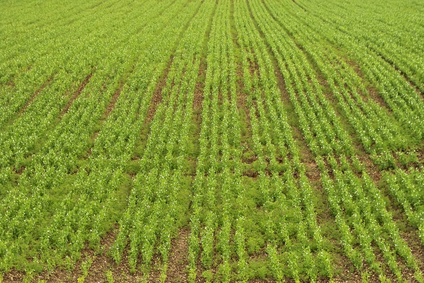 U.S. Secretary of Agriculture Tom Vilsack predicts U.S. trade with Cuba could rebound from its current $300 million to close to $500 million with Florida among the states capitalizing the most.

But to move to the next level, Vilsack urged Congress to go beyond the loosened trade restrictions recently ordered by President Obama. Specifically, he called for Congress to allow his department to promote trade in Cuba as well as other international markets where it is hamstrung.

“Today I can’t use a single dollar of my trade promotion (budget) for our trade with Cuba,” Vilsack said in an interview this week with the Tampa Bay Times. “It’s 11 million people, a $1.7 billion market, and we really ought to be dominating that market.”

Instead, he said, during the prolonged Cuban embargo the U.S. has lost ground to Europe and South America.

The list of agricultural products that could be exported to Cuba is a lengthy one: rice, poultry, soybeans, fruits and vegetables, to name a few.

Florida ports, he said, can capitalize two ways: as a direct shipper of fruits and vegetables and as a conduit for products brought in from other states.

Short of trade promotions, just the loosened restrictions that went into effect in January will make a difference, Vilsack said. For one, no longer will goods have to be paid for in advance which was a major disadvantages for Cubans “who don’t have a lot of cash,” he said. In the past, Cubans had to go through a third party to receive many American products; now they can deal directly with American banks.

• An expanding middle class in Asia and the Trans-Pacific Partnership (a proposed regional regulatory and investment treaty among the U.S and countries ranging from Australia to Vietnam) could catapult trade opportunities for the U.S. From $525 million today, he projected that market growing to more than $2 billion within 15 years.

• Asked to cite his department’s top priority in Florida, Vilsack honed in on battling citrus greening, a disease that has decimated Florida’s orange crop. “There is risk of fundamentally altering that industry which in turn would fundamentally alter the entire agriculture structure of Florida,” he said.