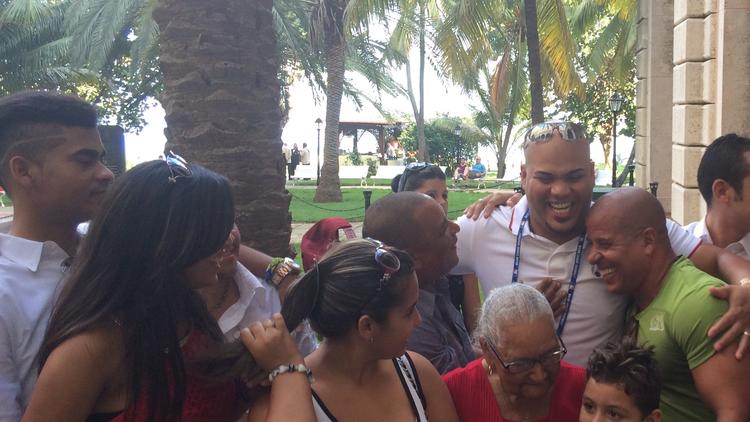 For all the talk of history, of breaking down barriers and of forging new relationships, what Brayan Pena, a Cuban defector, will remember most of Major League Baseball’s goodwill tour to the island are the tears.

Pena, who left his homeland at 16, returned to Havana on Tuesday and was greeted by nearly two dozen relatives, many he hadn’t seen since 1999.

“Words cannot describe what it’s been like,” said Pena, who admitted he cried when he arrived at Havana’s venerable Hotel Nacional, where he and seven other major league players were greeted by more than a 100 journalists, fans and family members. “It’s something I’m going to keep [with me] until the day that I die. I’m never going to forget this.

“I prayed a lot for this moment to happen.”

The visit to Cuba comes a year after the Obama administration announced the restoration of diplomatic ties with the island after more than five decades of hostility between the two nations. That made possible a three-day visit by a high-ranking MLB delegation which included Cuban defector Yasiel Puig, Dodgers teammate Clayton Kershaw, and officials of the players union and the commissioner’s office.

The three-day tour marked baseball’s first official visit to Cuba since the Baltimore Orioles played an exhibition with the Cuban national team 16 years ago. The players are scheduled to give two clinics to Cuban youngsters and Tuesday announced a $200,000 donation to Caritas Cubana, a charitable organization. 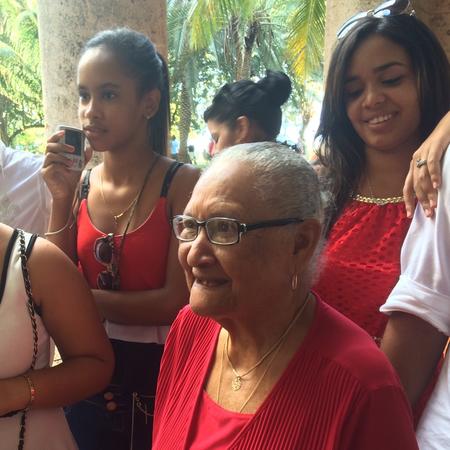 Behind the scenes, however, bigger issues are being talked about. Dan Halem, MLB’s chief legal officer, said plans are being discussed to move as many as two spring-training games to Cuba in March, followed by the possibility of regular-season game involving the Tampa Bay Rays as early as next summer.

Major league teams haven’t played one another in Cuba since 1959.

“We’re cautiously optimistic that we’ll be able to work out all the logistics,” Halem said. “Right now nothing is official.”

Former big league player Tony Clark, executive director of the players union, said he is interested in using the improvement in relations between the two countries to work out a smoother way for Cubans to leave the island and play in the U.S. Cubans currently must risk death by defecting to a third country and waiting out an often lengthy process of establishing residency before they can be signed by a major league club. 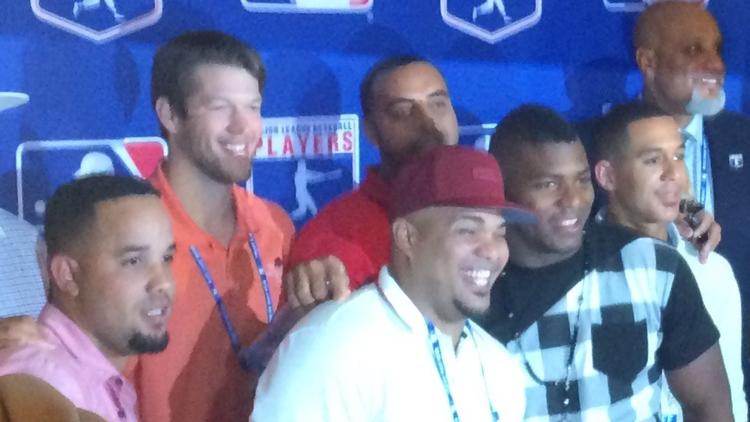 “We’re willing to have a conversation about players entering into the game,” Clark said. “The challenges are very complex.”

Other players who made the hourlong flight from Miami to Havana on Tuesday were Cuban natives Alexei Ramirez and Jose Abreu; San Diego Padres outfielder Jon Jay, whose parents are Cuban, Dominican Nelson Cruz and Venezuelan Miguel Cabrera.

And although the goodwill was appreciated and the politics were hopeful, for Pena’s 84-year-old grandmother, Rosa Hernandez, all that was secondary to seeing her family together again after so long.

“It’s a marvelous day,” the tiny woman said in Spanish. “I thank God that I can see my grandson.”