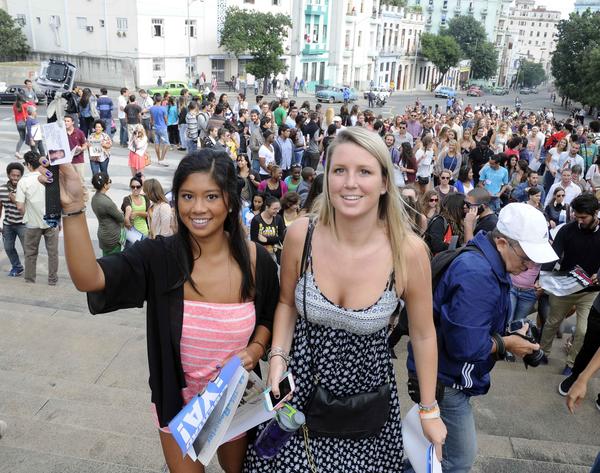 The US Semester at Sea academic program is paying its second visit to Havana on Saturday since the trips resumed on December 2013 after nine years of absence as a result of travel restrictions imposed by the George W. Bush administration.

This time, 709 travelers came on board the MV Explorer Cruise Ship, including 624 students and 42 professors from different US universities as part of the program sponsored by the University of Virginia, in Charlottesville.

Havana is the last leg of the program, which has visited 17 cities during a 106 day-trip that kicked off in London and will wind up in Fort Lauderdale, Florida where the cruise ship is bound to depart for on December 3rd.

During their three-day stay here, Semester at Sea participants will meet with students and professors at the University of Havana, where they will attend lectures on the Cuban political system and the current update of the Cuban economic model; they will also visit Havana neighborhoods, where community projects are underway and attend cultural activities.

The agenda also includes visit to a school campus, a basketball match at the University of Havana and a visit to the local Botanical garden, along with tours of other provinces.

Cuba was included in the itinerary of Semester at Sea in 1999 with 10 visits taking place up to 2004. During seven of those visits to Havana the students met with Cuban Revolution leader Fidel Castro.