Participants also insisted that the territory encompassing the U.S. military base on Guatanamo be returned to the people of Cuba.

March 15 (teleSUR) Social movements and trade unions participating in the 13th edition of the World Social Forum (WSF) have demanded an end to the more than five-decade longeconomic, financial and commercial blockade imposed on Cuba by the United States government. Gathered at an event held in the city of Salvador, Brazil on Wednesday, participants also insisted that the territory encompassing the U.S. military base on Guantanamo be returned to the people of Cuba.

United behind this year’s WSF slogan: “Resist is create, resist is transform,” attendees reiterated the importance of international solidarity and support “for the struggle of the Cuban people” against the blockade.

Yarisleidis Medina, a member of the Cuban Institute of Friendship with the Peoples (ICAP), thanked demonstrators for their support and provided updates concerning the current state of relations between both countries and setbacks incurred.

This year’s WSF will debate and define new alternatives and strategies to confront neoliberalism, anti-democratic coups and genocides, according to Revista Forum. The conference began on Tuesday, March 13 and runs until Saturday, March 17. 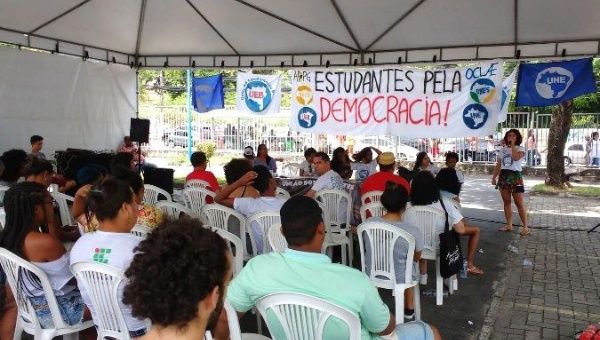 Most of the 1,300 debates will take place at the Federal University of Bahia(Ondina Campus). Other events will occur at Abaete Park in Itapua and Sao Bartolomeu Park at the Suburb Railway. According to organizers, the event will attract 60,000 people from 120 countries.