Winter Tourism in Cuba is Booming After Record-Setting January 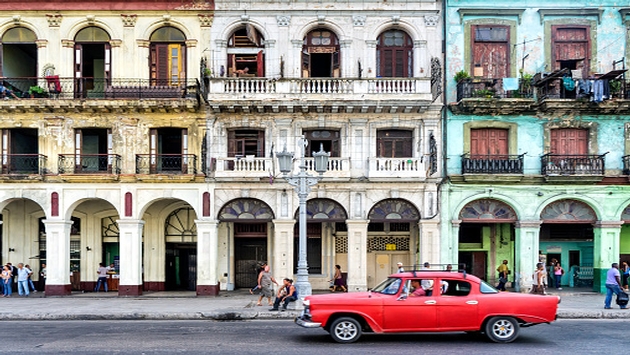 An increase in visitors from the United States was only a small part of the overall boom in winter tourism Cuba has been dealing with this year, and the country set a new January record of 371,160 international travelers.

According to Mimi Whitefield of the Miami Herald, Cuba’s Office of National Statistics and Information is reporting that the number of visitors was up by 16 percent over 2014’s numbers from the same month.

The report from Whitefield also breaks the visitors down by home country. There were 15 percent more Canadian tourists this year, totaling 181,101 travelers, the most of any nation. On the other hand, Germany saw the biggest percentage jump with 37.8 percent more visitors.

Despite President Barack Obama planning to renew diplomatic ties with Cuba and new rules allowing more travel to the country being enacted in mid-January, the United States did not make the list of top 18 international markets to visit the country.

According to Whitefield, Americans fell into the “other” category. With a total of 75,435 travelers classified as “other,” the group saw a 14 percent increase in January.

On top of the plans to continue working toward more open travel with the United States, Cuba is also coming off a record-setting year in tourism. According to Whitefield, the country hosted over three million international tourists in 2014.

One business that has flourished in Cuba over the last year is the cruise industry. After only having 928 visitors in January of 2014, the number of travelers grew to 3,937 this January and there is still plenty of room for further growth.

As the American relationship with Cuba improves, the number of visitors from the United States will continue to increase and the record-setting numbers should climb.