Will Cuba Be The World’s Next Leading Biotech Hub? 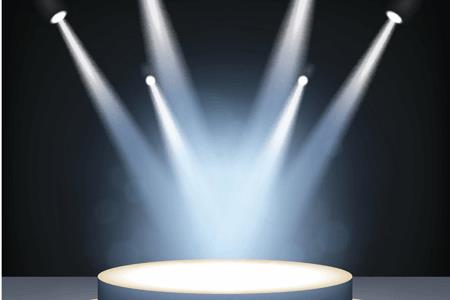 Life Science Leader magazine was recently invited to attend The Economist’s War On Cancer healthcare forum in Boston, Sept. 28, 2016. Though all of the day’s sessions were intriguing, the one that got me up out of my chair to track down a speaker before his exit occurred at 4 p.m. Entitled, “Going Global – Examples Of Cancer Advances From Around The World,” the first person to speak was Kelvin Lee, M.D., immunology chairman from the Roswell Park Cancer Institute. Dr. Lee says that his experience in working with Cuba began quite by accident in 2011.

Despite Popular U.S. Belief, Cuba Biopharma Is Not Stuck In The 1950s

“At the time, we at Roswell Park in Buffalo thought that Cuba was stuck in ‘I Love Lucy’ days,” admits Dr. Lee. “We believed that there was no possible way that there could be any biotechs in Cuba.” An investigator from Cuba’s Center of Molecular Immunology (CIM) happened to be visiting family in Pittsburgh. “She called us and said, ‘Hey, I’ve heard about your cancer reputation. Can I come up and tell you about our cancer vaccine?’” recalls Dr. Lee. “So she came up to Roswell and gave this remarkable talk about some really innovative lung cancer vaccines (i.e., CIMAvax) and some other cancer vaccines they have worked on. We were surprised that all of this was happening in Cuba.” In 2012, a team from Roswell Park went to Cuba to develop a more significant relationship, which led to an effort to bring the country’s cancer vaccines into the U.S. for clinical trials.

Dr. Lee surmises the biopharmaceutical innovation taking place in Cuba is the result of two factors:

“The life expectancy in Cuba is the same as that of the United States and Canada, as is infant mortality rates,” Lee attests. “But they spend one-fifth per capita what we spend on healthcare.” According to Lee, how Cuba has been able to compete with U.S.-type healthcare statistics is by taking innovative products and applying them to populations at a primary healthcare level. “This is a very unprecision/unpersonalized medicine approach,” Lee attests. “Cuba derives innovation from a unique set of biotech industries that function as a closed loop. So when they do their R&D, the R&D people walk their product across the hall to their preclinical development people, who then take it to their manufacturing people, etc.” The CIM runs its own Phase 1 through Phase 4 studies, and once the drug is approved by the various regulatory agencies, the CIM then produces the drug for commercial consumption, both in Cuba as well as other parts around the world. Because of this closed loop, there is no “Valley of Death” when it comes to Cuban drug development. “They are very careful, and have world-class facilities,” Lee asserts. “In Cuba, there are about 8 to 10 biopharmaceutical companies the size and caliber of Celgene/Millennium.”

I suddenly feel like I have been living under a rock for not knowing this about Cuba. So I ask others seated at my table if they were aware of this, and get a unanimous “No.”

After Lee’s presentation, I introduce myself and tell him that I am stunned to have not known that this was going on in Cuba. He replies, “No one does,” and proceeds to tell me the story of Cuba and interferon.

In 1980, when the world saw the promise of interferon as a potential cure for cancer, so too did Cuba’s Fidel Castro. As a result, the dictator sent six scientists abroad to learn how to produce the drug. Upon their return, a small facility in western Havana was outfitted as a laboratory, and in just 42 days, they produced natural interferon-α, and thus the Cuban biotechnology industry was born.

Because of the U.S. embargo, Cuba has had to become fairly self-reliant, which it has, producing 70 percent of the medication it needs, including vaccines for 21 different diseases. According to the WHO, the Cuban biotechnology industry holds around 1,200 international patents and markets pharmaceutical products and vaccines in more than 50 countries. Cuba boasts having more than 300 biotechnology centers. The western Havana biocluster alone employs 12,000 workers and more than 7,000 scientists and engineers. Countrywide, it is estimated that Cuba has about 1.8 scientists per 1,000 inhabitants, a level comparable to that of the EU (though with a much smaller GDP).

Some might think it hard to imagine Cuba ever competing with the likes of Boston or San Francisco as a world-leading biotech hub. But perhaps this is not as far-fetched as you might first think. For starters, the country is about the size of Pennsylvania, and has a population equivalent to the state of Ohio. But even more important is the country’s biopharmaceutical results. For as Dr. Lee and his colleagues can attest, Cuba’s cancer initiatives were sufficiently eye opening to prompt Roswell Park to secure a license from the U.S. Office of Foreign Assets Control (OFAC) to partner with CIM toward the development of the country’s therapeutic lung cancer vaccine (i.e.,, CIMAvax). It’s enough to make you wonder what else Cuba might have in its pipeline worth learning more about, and ask, “Who is this 54-year-old U.S. embargo really hurting?” For lung cancer, the biggest cancer killer (by far) in the U.S., remains an unmet medical need, and Cuba’s CIMAvax could provide more than mere hope.