What New Rules Mean for Travel to Cuba 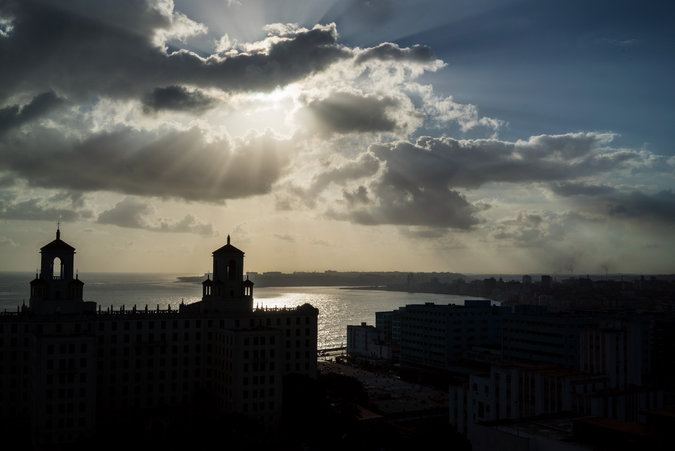 A month after raising the flag at is new embassy in Havana, the United States on Monday further loosened travel regulations for Americans visiting the island. Sun and sand tourism will still be illegal, but the new rules make it possible for practically anyone who wishes to visit Cuba to do so. Here is what you need to know before you go:

A. As long as the trip falls within one of 12 purposes, Americans can go to Cuba without having to apply for permission, in the form of a license, from the government. The 12 categories of legal travel include visits to close relatives, academic programs for which students receive credits, professional research, journalistic or religious activities and participation in public performances or sports competitions. As Robert Muse, a Washington-based lawyer who specializes in U.S.-Cuba related law, put it: If somebody wishes to travel to Cuba and they “can’t think up a way to fit into those categories, they are not trying.”

Still, ordinary tourism remains off limits and travelers have to mark a box to denote the purpose of their trip, and they are required to keep travel receipts for five years after they return. In most cases, they are also expected to have a full-time schedule of activities related to their category of travel.

Now, in many instances, family members can go, too. If you are traveling for academic or research purposes, professional research, or for journalistic, religious or humanitarian reasons, you can take family or have them visit you. So, if you are going to Cuba to research the market for soft drinks or to spend three months researching Judaism, say, the new regulations indicate that you could take your family or have them visit. The rules, said, John Kavulich, president of the U.S.-Cuba Trade and Economic Council, lay the ground for “exponential” growth in American visits to Cuba.

Can I fly to Cuba on a commercial carrier?

Not yet. Right now, flights between the United States and Cuba are operated by charter companies. There are dozens of daily flights from airports in Florida and elsewhere, including Miami, Tampa, Fort Lauderdale, New York, Los Angeles and New Orleans.

However, the Federal Aviation Administration is in talks with Cuban aviation authorities to allow American carriers to offer regularly scheduled commercial flights. Regulations issued by the Department of Commerce in September allow American companies to establish offices and premises in Cuba and airline crews to stay overnight on the island. They also allow the sale of equipment related to aviation safety to Cuba. The rules appear to be a prelude to commercial air connections, Mr. Muse said. “You’ll be able to go into their offices and buy an airline ticket,” he said. “They’re coming close to re-establishing commercial traffic.”

Of course, non-American commercial airlines fly to Cuba from many destinations. Americans who meet Treasury Department requirements can fly through a third country, such as Mexico, Panama, Grand Cayman or Canada — an option that can be less expensive and more convenient than taking charter flights.

Will cruise ships sail to Cuba?

Under the new regulations, owners of cruise ships and passenger ferries can operate between the United States and Cuba without a license, so long as the people they are carrying are licensed to travel there. The infrastructure to accommodate a cruise ship is available since ships owned by non-American companies, which are usually smaller than American ones, have been sailing to Cuba in recent years.

The government had awarded licenses to a handful of ferry and cruise companies earlier this year, including Carnival Corporation, which said in July that it would begin sailing to Havana in April.

Now, though, offering cruises to Cuba will become easier, said Steve Cox, executive director of International Expeditions , a specialized travel company based near Birmingham, Ala. International Expeditions’ first Cuba cruise for 40 American travelers using a people-to-people license is set to sail in December. This cruise is using a Greek boat, but the new regulations mean the company can use American boats in the future, Mr. Cox said. “All the good hotels in Havana are completely booked, and overbooked, through April,” he said. “If you want to go to Havana, a cruise is a good alternative.”

What are people-to-people trips?

People-to-people trips are educational programs that fall into one of the 12 categories of general-license travel. They’re one of the most popular ways to go to Cuba because anybody can join a trip and your itinerary is worked out for you. Because they are organized trips with full schedules of meetings, lectures and visits to artists’ studios or small businesses or community projects, they are pricey — about $2,500 to $4,000 per week including accommodations and flights.

Who will keep track of what I do in Cuba?

Good question. Senior officials at the departments of Treasury and Commerce said the government continues to take restrictions on travel to Cuba seriously. But there are no reports of officials prosecuting people who travel to Cuba and end up spending their time on the beach. “We all know that enforcement has collapsed,” Mr. Kavulich said. That said, if you sign an affidavit saying you are going to Cuba for a particular purpose and, in fact, spend a week at the beach, you would be breaking the law.

Where would I stay?

Cuba has a shortage of high-end hotels, and that will become more acute if the number of American visitors rises significantly. An estimated 400,000 Cubans and Cuban-Americans visited from the United States last year, as well as 100,000 non-Cuban Americans. Some tour operators are already block-booking rooms through 2016. There are about 61,000 hotel rooms in Cuba, according to the tourism ministry, of which 65 percent carry four- and five-star ratings. Bed-and-breakfasts are an attractive alternative to hotels, as they include the chance to make contact with Cuban families and often provide good meals. There are hundreds of bed-and-breakfasts, known as casas particulares, in Havana and popular tourist towns like Trinidad, Viñales and Cienfuegos. Searching for casas on the Internet is not easy, but you can book them through travel agents like Cubania Travel or look on TripAdvisor. Airbnb started offering its service on the island in April, and now says it has more than 2,000 homes in Cuba. The company, which lets users list their homes and apartments for short-term rentals, said payments to the Cuban hosts are deposited into their bank accounts by intermediaries or any other manner they select, including door-to-door payments. For now, the service is open only to licensed United States travelers.

Can I use credit cards?

Under the new regulations, American travelers to Cuba may open a bank account there and pay for expenses with an American credit card. In reality, few people who take the short trip abroad have cause to open a bank account. But A.T.M.s are few and far between in Cuba, and many establishments do not have the means to process credit card payments. So, cash will be king for some time to come. It may be a good idea to take British pounds and euros, which get a better exchange rate in Cuba than the United States dollar.

How do I call home?

Calls on the Etecsa network, the Cuban state-owned telecommunications company, are expensive, and getting a phone can involve long lines. But Verizon Wireless announced in September that it would allow its users to make voice calls, send text messages and use data services through the company’s pay-as-you-go International Travel option. At $2.99 a minute, you will not linger on the line.

What can American citizens bring back?

Americans can now bring back up to $400 in souvenirs, including $100 worth of cigars. Mr. Kavulich notes that, according to State Department records, Secretary of State John Kerry, who inaugurated the embassy in Havana in August, brought back an $80 humidor, $80 worth of cigars and a bottle of rum.