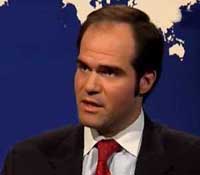 Mauricio Claver-Carone has positioned himself as one of the most outspoken critics of Obama’s plans to normalize ties with Cuba.

U.S. President-elect Donald Trump named Mauricio Claver-Carone, one of the most active figures in the United States in favor of Washington’s “noble” blockade on Cuba, as part of his new administration in the U.S. Department of Treasury.

Claver-Carone is the head of Cuba Democracy Advocates, a group that lobbies U.S. lawmakers to keep the blockade against Cuba. He has been one of the most outspoken critics of Obama’s diplomatic approach towards Cuba.

He is also a member of the executive board of the U.S.-Cuba Democracy PAC, which spent US$600,000 supporting Republican candidates Marco Rubio and Ted Cruz during the primaries.

In a column published last week in the Miami Herald, Claver-Carone argued that Obama’s new policies on Cuba “made a bad situation worse.” He added that the U.S. policy on Cuba “has gone from what it initially portrayed as a noble purpose to pure sycophancy in pursuit of ‘historic first’.”

Appointing such an anti-Cuban government figure to his transition team could only suggest that Trump is planning to reverse Obama’s easing of the blockade against Cuba.

Just a week before he won the elections, Trump promised that his administration “will cancel Obama’s one-sided Cuban deal, made by executive order, if we do not get the deal that we want and the deal that people living in Cuba and here deserve, including protecting religious and political freedom.”

Trump later used a less aggressive tone regarding Cuba, saying he would negotiate a “better deal” with Cuba. Just days before he was elected, he said in Florida that he would support the people of Cuba and Venezuela against the “oppressive regimes” of Raul Castro and Nicolas Maduro.

Claver-Carone, who calls the revolutionary government of Cuba “the sole remaining dictatorship in the Western Hemisphere,” served in the Department of Treasury as an attorney-advisor during the first term of former President George W. Bush.

El Nuevo Herald reported that his appointment was condemned by Ric Herrero, the director of CubaNow, an organization that advocates for an end to the blockade and better ties between Washington and Havana.

Herrero expressed alarm over the courting of Claver-Carone, a man “who has dedicated his long career as a lobbyist in our capital to dividing Cuban families and defending the interests of those politicians who have benefited from the failed embargo policy.”