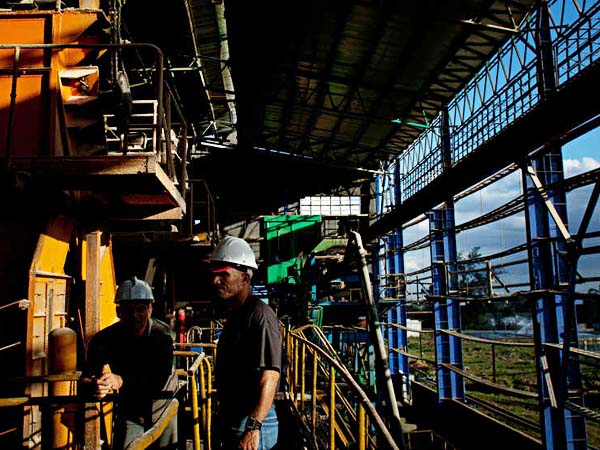 Workers stand among the machinery inside the 5th of September Sugar Mill in Cienfuegos, Cuba, on Monday, Dec. 29, 2014. U.S. plans to normalize ties with Cuba may present opportunities for U.S. agricultural and packaged-food companies over time. Photographer: Bloomberg

Jumping on the interest generated by President Obama’s new policy on Cuba, the Wharton School of the University of Pennsylvania said Tuesday that it would conduct a conference April 1 in New York City for companies and executives interested in doing business in the Caribbean nation.

“This is going to be a really big change for the entire region, and a historic change for relations between the United States and Cuba,” said Mukul Pandya, editor-in-chief of [email protected], who will host the Cuba Opportunity Summit.

Wharton hopes the summit will become a series of events, with a future gathering in Havana.

The United States and Cuba have been at odds since Fidel Castro led a revolution that took power in 1959. Though Obama can order that full diplomatic relations be restored, only Congress can remove the economic embargo that has prevented most travel and nearly all trade between the nations.

The conference will be cochaired by Faquiry Diaz Cala, chief executive officer of Tres Mares Group Inc., an investment firm based in Miami, and Mauro F. Guillén, management professor and director of Wharton’s Lauder Institute.

“Unleashing Cuba’s potential in the global economy is essential to fostering change from all perspectives, and it will hopefully lead to a more integrated Caribbean region,” Guillen said in a statement.

Even if Congress lifts the trade embargo, Cuba still has a communist government that maintains tight controls on people and businesses.

Pandya said that companies involved in travel, tourism, and infrastructure development might be interested in starting work in Cuba, but that there are business risks for all types of organizations, such as uncertainty about property rights, laws, and regulations.

“We want to explore the economics of the change,” he said. “The question is understanding the opportunity and the risks.”