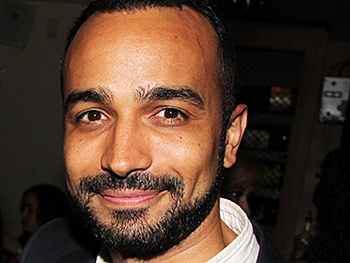 Rent is coming to Cuba!

The Tony and Pulitzer-winning tuner by Jonathan Larson will mark Cuba’s first full production of a musical in over 50 years. The Spanish-language production will open on Christmas Eve (the same day the first act of the show takes place), at Havana’s Bertolt Brecht Theater.

Andy Señor Jr., who made his Broadway debut as Angel in Rent, will direct the cast of 15 Cuban actors.

Based on Puccini’s La Bohème, Rent tells the story of a group of young artists struggling in New York’s East Village in the early 1990s and the obstacles they face, including AIDS, homelessness, poverty, lack of healthcare and homophobia. The Great Whiite Way production of Rent opened on April 29, 1996, following a sold-out, extended limited engagement at off-Broadway’s New York Theatre Workshop.

The musical, directed by Michael Greif, went on to win every major Best Musical award, including the Tony, and became one of only eight musicals to win the Pulitzer Prize for drama. The show closed on Broadway on September 7, 2008.

Señor made his professional stage debut in Rent. He also toured with the show. In 2011, he was assistant director to Greif for the show’s off-Broadway revival.

As previously reported, a workshop production of an updated Carmen Jones, another musical inspired by a classic opera, took place in Havana earlier this year.