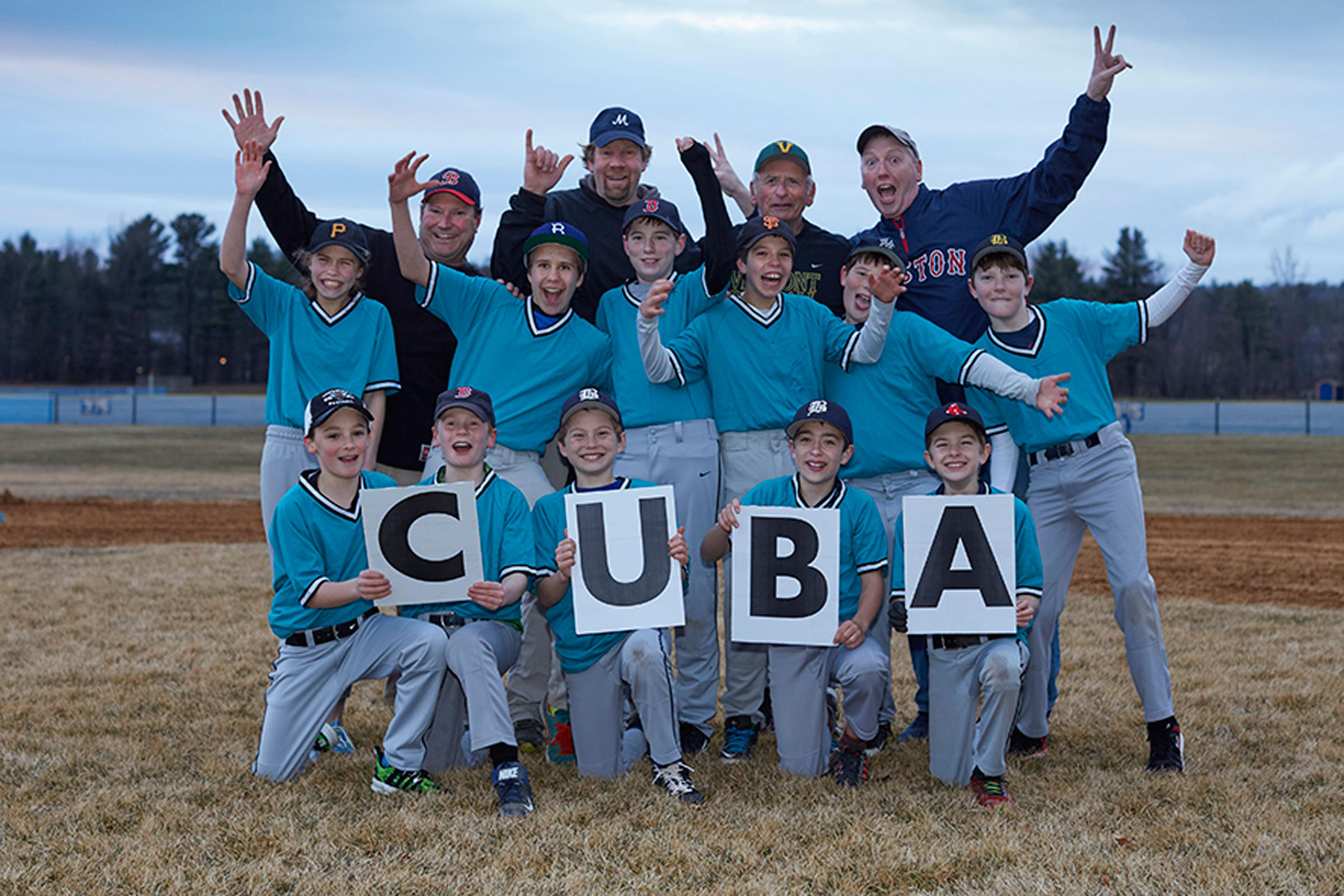 A team of 11- and 12-year-olds from Vermont are about to play ball in a country normally off-limits to Americans. The little league players are traveling to Cuba to compete against their peers in Havana.

Organizers hope the week of games and cultural exchanges will lead to a lasting connection between the island nation and the state of Vermont.

“I don’t think they quite understand, grasp the history of this,” says Jim Carter, the faculty advisor and coach for the University of Vermont Club baseball team. He helped organize the trip and will be coaching the little leaguers.

The team is an ad-hoc group of players from Burlington, Essex, Shelburne and Bristol. The group is permitted to travel to Cuba as part of a special educational cultural exchange. Still, they will travel to Montreal to board a plane to Cuba.

It’s rare for such cultural exchanges between the two countries given the strict U.S. embargo, though young baseball players from New Hampshire and Vermont did travel to Cuba in 2008.

Tom Simon, an attorney and a little league coach in Burlington, worked with the Cuban American Friendship Society to plan the trip. Carter added that there is a team from Connecticut going to a different part of Cuba around the same time.

The Vermont team arrives in Havana on Sunday, and will play a series of games against five different Havana little league teams.

“We don’t know the caliber and the quality of the players, but they are little league players from different parts of Havana. And then actually on Friday we’re playing a provincial team, and we heard that the game will be on either national television or certainly Havana TV,” says Carter, whose grandson will be playing.

Carter says a number of cultural events, including dinners with local families, have been arranged for the students and their parents. The team will be accompanied by a translator.

He also says the team is going to journal their experiences each day.

“We did our first entry, on practice we had on Sunday and the kids got into it, they really get into it,” says Carter.

Carter says the coaches hope that in a few years Cuban-American relations will improve such that the Cuban players could come to Vermont to play some baseball games.