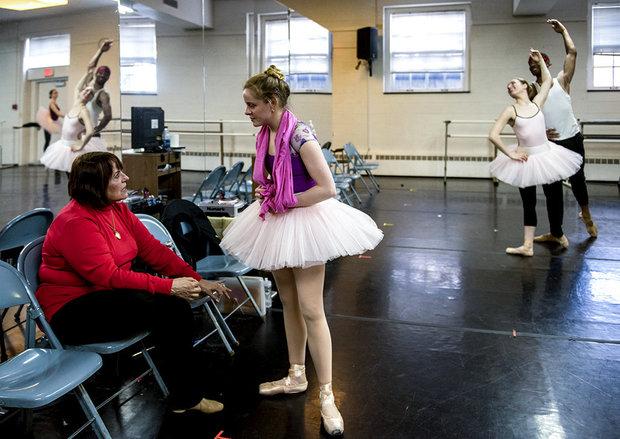 Laura Alonso, left, works with dancers from Cleveland’s Verb Ballets during a recent rehearsal of the Grand Pas de Deux from “Don Quixote.” The company plans to perform the work at its 30th anniversary season kickoff Saturday, March 25. (Susan Bestul)

By Zachary Lewis, The Plain Dealer | March 20, 2017 CLEVELAND, Ohio – Never mind those cigars. In many circles, Cuba is most famous for its dance.

No wonder, then, Cleveland’s Verb Ballets looked south when planning its 30th anniversary season kickoff this Saturday at the Breen Center. To organize something special, all it had to was bring in an artist from Cuba.

Not just any artist would do, however. To celebrate the occasion fittingly, the company, with help from the Cleveland Foundation’s Creative Fusion program, imported Laura Alonso, a veteran of Ballet Nacional de Cuba and daughter of famed ballerina Alicia Alonso.

“It’s been very intense, but the improvement has been immediate,” said Margaret Carlson, artistic director of Verb Ballets. “It’s been a fantastic experience. Sort of mind-changing.”