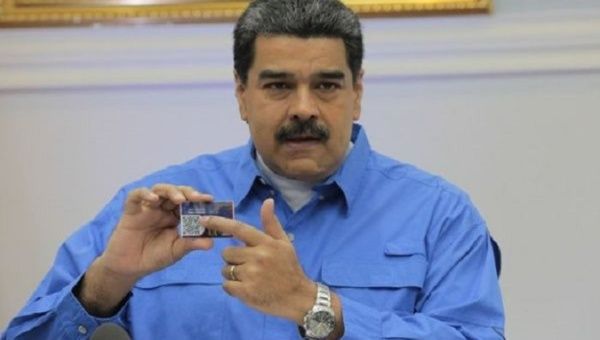 “These resources and these achievements are possible only through Revolution,” Maduro affirmed.

Maduro said that since the system’s creation last year, more than five million people have benefited.

In the same address, the president reported that more than 20 million people have been given homes through the Great Household Mission of the Nation, a program that helps working class people obtain access to housing. Maduro also said the country’s Humanized Childbirth Plan is continuing to register more pregnant women.

“We have managed to incorporate 315, 431 women into the ‘Humanized Delivery’ protection system, in Venezuela there are 500,000 deliveries annually. Pdte. @NicolasMaduro # VenezuelaWantsDialogueandPeace’

The leader of the Bolivarian nation also approved a number of new medical and health resources for the country, for cardiology, dialysis and blood banks.

“These resources and these achievements are possible only through Revolution,” he affirmed.

The same day, social movements in the country in support of Maduro’s reelection in the upcoming elections held discussions on the new Command of the Women’s Campaign for the Homeland.

With the participation of government leaders and women’s organizations, the groups discussed a number of issues in the areas of education, food, security, health, economy and communications, as well as how to deepen the feminist revolution in the country.