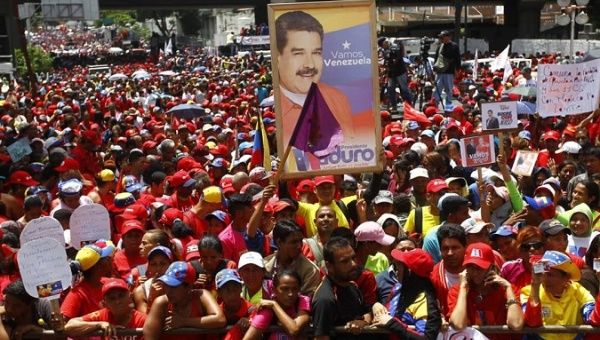 People gather in Caracas streets for a march in rejection of the Assassination Attempt Against Venezuelan President Maduro. | Photo: teleSUR

“I call on the political sectors of the country to condemn the use of terrorist methods to impose their position,” president of the National Constituent Assembly Diosdado Cabello said.

August 13 (teleSUR) The forces of the Bolivarian Revolution and the people marched Monday in favor of peace and in rejection of the assassination attempt that took place on Aug. 4 against Venezuelan President Nicolas Maduro.

With joy, enthusiasm people marched as part of this mobilization that supports peace and rejects violence.

Karen Melendez said that “our participation in the march is important and vital, it is a march for peace, sovereignty and independence and consolidation of our achievements and struggles of the people on foot, of the people who go out every day to build a beautiful country.”

The announcement was made by Diosdado Cabello, the vice president of the United Socialist Party of Venezuela (PSUV) and also president of the National Constituent Assembly when affirming that politics should condemn the use of terrorist methods to impose its position. 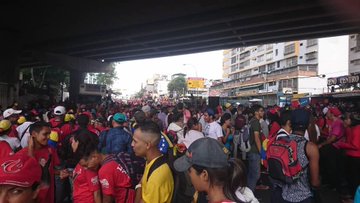 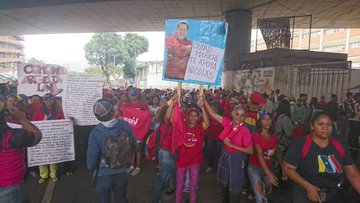 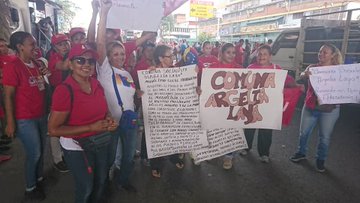 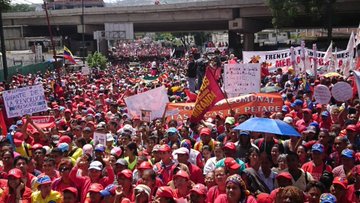 #Venezuela | Thousands gather to protest against the assassination attempt on President @NicolasMaduro and in favor to the Bolivarian Revolution.

“We will make the march by peace. Well, let’s go, a great national march. Red of freedom, of justice, of peace,” said the socialist leader when making the announcement in his program Con el Mazo Dando, aired by Venezolana de Televisión last week. “In this occasion, I call on the political sectors of the country to condemn the use of terrorist methods to impose their position.”

He added that Venezuelan politics must reject the use of terrorism as a tool of political ideas. “As it has been very complicated (for the right) to win elections against the Bolivarian Revolution, there is no other option but to resort to terrorism,” he argued.

Meanwhile, a worker from the state telephone company said that “we are supporting this initiative for peace against terrorism, that terrorism they want to implant and that will not succeed in our country, we are all for peace .”

From Plaza Venezuela, in an atmosphere of joy, members of a youth social movement in Caracas said that “here are the Bolivarian people, here is a youth warrior, we youth are guarantors of peace and sovereignty in Venezuela .”

On Aug. 4, President Maduro was the victim of an assassination attempt using drones loaded with explosives during a military event in Caracas. Since then national and international leaders and movements have rejected the attempt on his life and the Venezuelan people have reiterated their support and defense of the country’s leader.