Venezuelan-Owned CITGO to Donate 50,000 Barrels of Diesel to Puerto Rico

Posted on October 6, 2017 by Anthony Brenner 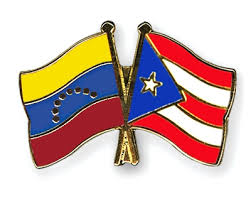 The fuel is crucial to power the generators that many facilities, such as hospitals, are relying on in the storm’s aftermath.

The U.S.-based subsidiary of the Venezuelan oil-company, Petroleos de Venezuela, S.A. (PDVSA), CITGO Petroleum Corporation, has announced that it is donating 50,000 barrels of diesel fuel to Puerto Rico to assist with recovery efforts after the island was devastated by Hurricane Maria.

The fuel is intended to help continue providing power in order to meet the “pressing needs of public hospitals, nursing homes, shelters and other qualified organizations currently operating on diesel generators,” the CITGO press statement said.

“The hearts of the people of CITGO are with the people of Puerto Rico during this difficult time,” the statement read. “CITGO hopes this donation will help alleviate the suffering of the most vulnerable while electrical power is restored to the island.”

Hurricane Maria knocked out the entire power grid on Puerto Rico, with damage that could take months to repair. Many crucial services, such as hospitals, are running on generators.

At least 34 people have died as a result of the storm. The United States Federal Government has been heavily criticized both domestically and internationally for what many say is a slow and insufficient response to the damage.