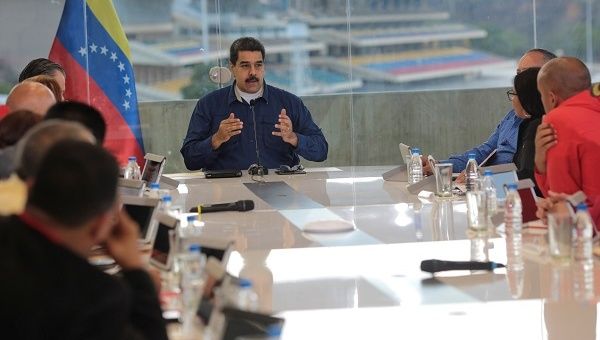 The opposition coalition announced that it will attend Monday’s meeting and will use the opportunity to demand electoral guarantees in advance of the presidential election.

Jan 27 (teleSUR) The Venezuelan opposition has announced it will attend talks with the government in the Dominican Republic aimed at promoting unity and due to resume early next week, Reuters reports.

The opposition coalition said on Saturday that it will attend Monday’s meeting and will use the opportunity to demand electoral guarantees in advance of the presidential election, which is due to take place before the end of April.

The disparate coalition was excluded from registering last week and the opposition’s most popular leaders, Henrique Capriles and Leopoldo Lopez, are banned from standing for office.

“We believe that this meeting represents a definitive opportunity for the government to review its recent decisions, and thus prevent the country from entering unmanageable chaos,” the opposition coalition said in a statement.

The opposition also said that it will request a “balanced” electoral council that allows for the vote of Venezuelans abroad and the reversal of political disqualifications, among other issues.

Last week, President Nicolas Maduro confirmed his presidential candidacy in the forthcoming elections and vowed to put first and foremost on his agenda the rights of Venezuela’s young people and female population.

For the next six years, Maduro told a crowd of youths on Friday, both the government and society must dedicate themselves to building a renewed Venezuela and to “change everything that must be changed.”

The Dominican Republic is hosting the dialogue sessions between the Venezuelan government and opposition leaders to overcome the political impasse that has degenerated into violence.

The Venezuelan government is requesting the opposition accept the legality of the National Constituent Assembly (ANC), which went into session August 2017. They also want opposition forces and constituents to help lift sanctions enforced by the U.S. government.