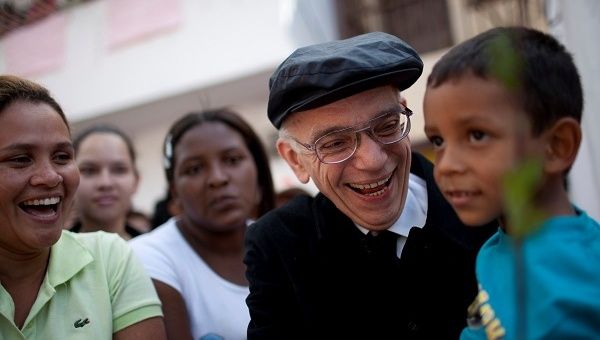 March 25 (teleSUR) Jose Antonio Abreu – the Venezuelan musician, economist and former cabinet minister who founded the world-renowned El Sistema, which has provided free music education for three million children – has died at the age of 78.

The conductor’s expansive career in music was balanced with his dedication as a social activist. Abreu had in mind a mission: to democratize music for social sectors, as well as age and skill levels, El Impulso reports.

“Music makes the child a special being; it opens up intellectual potentialities and dignifies it. He sows values in the soul and teaches him to appreciate the beautiful, the noble,” Abreu said, adding that he believed that culture for the poor should not be “a poor culture.”

From humble beginnings, The System network expanded to 300 choirs and orchestras that received awards from the Royal Swedish Academy and UNESCO.

Gustavo Dudamel, a famed Venezuelan conductor now the director of the Los Angeles Philharmonic, paid tribute on Twitter alongside a photo of himself with Abreu: “With devoted love and eternal gratitude to my mentor and father of El Sistema.”

Venezuelan President Nicolas Maduro said on state television: “We are deeply moved by the physical departure… of Maestro Abreu.”

Director of the Berlin Philharmonic Sir Simon Rattle described Abreu’s achievements when he proposed him for the 2010 Nobel Peace Prize: “What Abreu and El Sistema have done is to bring hope, through music, to hundreds of thousands of lives that would otherwise have been lost to drugs and violence.”

Abreu, born May 7, 1939, contributed greatly to Venezuelan politics as a legislator and economist in the late 1950s and early 1960s. However, after he developed health problems he announced he would devote himself entirely to music, gaining notoriety as a pianist.

He was recently hailed in Switzerland and performed for Pope Francis last year. He received multiple national and international awards during his career, including the Prince of Asturias Award for the Arts.

Abreu was admitted to a hospital in Houston, Texas in January. After struggling with various health conditions, the founder of the National System of Youth and Children’s Choirs and Orchestras of Venezuela died Saturday at the age of 78.

His body will lie in state at the National Center of Social Action for Music from 8 a.m. to 1 p.m. Sunday. 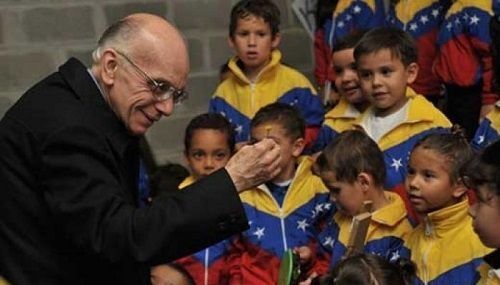