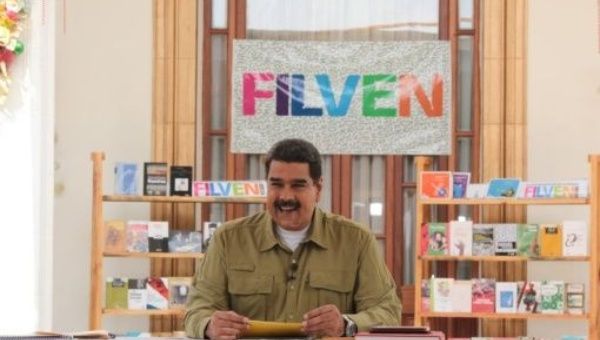 “We are in a permanent battle,” said the head of state as he outlined strategies against an economic war. | Photo: @PresidencialVen

Here is a summary of the different measures announced today by President Maduro to protect both the people and the Venezuelan Economy.

Christmas leg of hams will be delivered starting on November 15: Starting next Wednesday, November 15,  the distribution of ham legs begins for Venezuelan families. In this regard, Executive Vice President, Tareck El Aissami, specified that the distribution process will be carried out for a period of one month, until December 15 and it is expected to benefit over 6 million families.

A discussion is set to begin within the ANC (National Constituent Assembly) regarding the Law of Agreed Prices: Which is seen as a mechanism to neutralize the exorbitant prices of goods and services. The plenipotentiary body is debating eight laws presented by the National Executive with a view to developing a diversified economy and guaranteeing social protection for the Venezuelan people. “This week begins the discussion as a mechanism to neutralize and direct the solution to the issue of exorbitant, criminal prices of savage capitalism,” said Maduro.

Renegotiation of Venezuela’s foreign debt begins on Monday: “The process of renegotiation and refinancing of the external debt and of all the international commitments of the Republic begins tomorrow” said the President. The president explained that since 2014 Venezuela has been facing the ravages of an economic war, as well as the sanctions imposed by the former US president Barack Obama and by the current US administration led by Donald Trump.