Posted on September 11, 2018 by Anthony Brenner 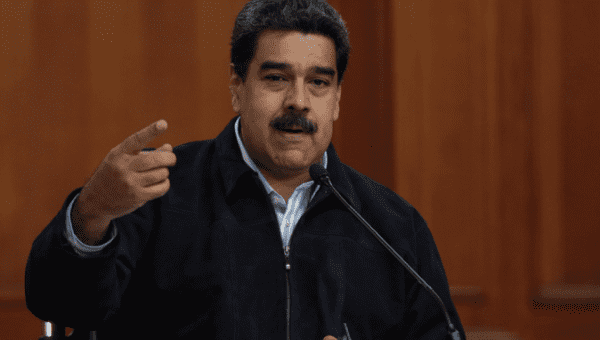 Sept 11 (teleSUR) The Venezuelan government says there is no doubt that Washington is planning to oust President Nicolas Maduro after a report published by the New York Times Saturday stated that United States officials and a small group within the Venezuelan military met to plot his ouster over the course of the last year.

Maduro said Monday that there is an “international, global defamation campaign, which seeks to justify the unconstitutional coup” led by forces inside and outside of Venezuela. He made the comment at the end of a meeting with recently appointed ambassadors to Caracas from Germany, India, and Qatar.

“We have passed all the tests and we have shown that we are invincible, invulnerable,” the head of state said while reiterating that in Venezuela there is no humanitarian crisis but “difficulties” due to the economic war being waged against the country.

Maduro’s comments were echoed by the country’s Minister of Communication and Information, Jorge Rodriguez, in a televised address Monday. “How many times has President Nicolas Maduro denounced… the brutal, criminal acts of the imperial factors against Venezuela?” he asked.

A New York Times article published Saturday reported that members of the Venezuelan military met with U.S. officials to concoct a coup against Maduro over the course of the last year. There was no mention of the August 4 drone attack on the president and his ministers, which Rodriguez says is an attempt by the international media to “minimize” or play down the assassination attempt against the country’s head of state.

“Some are even saying that the failed assassination attempt on the president was staged,” Rodriguez said as he condemned international reporting on the attempt.

The president of the Constituent Assembly, Diosdado Cabello, also commented on the New York Times report stating that the U.S. government met “with the military to carry out a coup.” Venezuelan government officials have called for a march Tuesday against the “imperialists.”

So far some 2,780 Venezuelans have returned from Brazil, Peru, Ecuador and Colombia in the ‘Return to the Homeland Plan’ after migrating for economic reasons. The government is flying or busing Venezuelans back to their country and assisting them to re-establish there lives in the country.

“Venezuela knows what migration is because we receive them,” Maduro said.

So far, 34 people are being investigated for concocting the failed murder of the president.