Posted on November 7, 2018 by Anthony Brenner 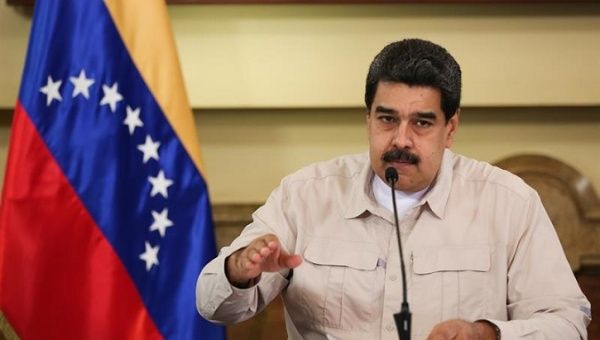 The Venezuelan government thanked Colombia for its solidarity with three murdered soldiers but urged cooperation.

Nov 6 (teleSUR) The Venezuelan government issued a public statement Tuesday thanking Colombia’s solidarity after Venezuelan soldiers were attacked near the border but stressed the incident is the result of the “Colombian government’s inaction.”

“The Colombian government’s refusal and unwillingness to establish and respect the diplomatic and institutional channels to coordinate the necessary actions to jointly tackle common problems in the border zone is also unprecedented senselessness,” the government’s communique argued.

Venezuela also insisted on its willingness to cooperate with Colombia to secure peace and to coordinate actions in the border area to “guarantee a safe and stable common border.” Venezuelan authorities have attempted to re-establish security coordination and communication with Colombian counterparts without a positive response from their southern neighbor.

The statement was issued after Colombia’s Foreign Ministry offered condolences for the murder of three members of Venezuela’s National Guard by Colombian irregular armed groups Sunday. At least 10 Venezuelan soldiers were injured in the ambush organized in the Venezuelan state of Amazonas.

On Monday, Venezuelan Defense Minister Vladimir Padrino Lopez offered details of the attack perpetrated by paramilitary groups and said that it is a consequence of the internal war in Colombia.

“It is the product of Colombia’s internal war, which the (Colombian) State has not had the capacity to resolve in more than 60 years,” the defense minister said.