Venezuela to Seek ‘Other Markets’ if US Goes Ahead With Oil Embargo: Maduro 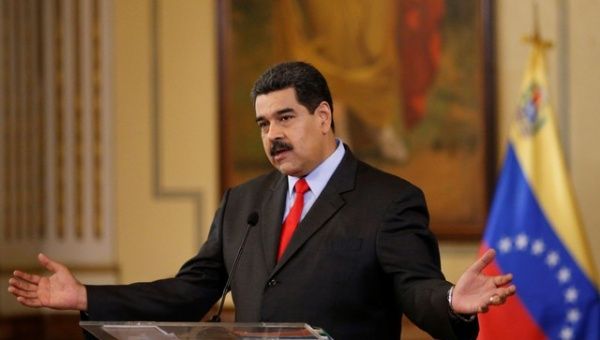 Venezuela will seek other buyers for its oil if the United States approves a fresh embargo, President Nicolas Maduro has vowed. | Photo: Reuters

President Nicolas Maduro’s declaration follows comments by U.S. Secretary of State Rex Tillerson and his Argentine counterpart saying they were considering an embargo.

Feb 15 (teleSUR) Venezuela will seek other buyers for its oil if the United States approves a fresh embargo against the Latin American nation, President Nicolas Maduro has vowed.

“If the United States puts an oil embargo on us, we will take our boat and go somewhere else,” Maduro told a press conference on Thursday. “If they take measures against Venezuelan oil like those demanded by (opposition leader) Julio Borges, we will take the appropiate measures.”

The statement follows U.S. Secretary of State Rex Tillerson’s tour throughout Latin America to seek support for Washington’s aggressive positions towards Venezuela. During his stop in Argentina, Tillerson and his Argentine counterpart said they were studying an embargo of Venezuelan oil.

“The oil embargo announced by the U.S. media and suggested by U.S. Secretary of State Rex Tillerson is an illegal measure according to international law,” Maduro said.

He continued that the embargo would be inconvenient both for the United States and Venezuela, and would be one of Trump’s biggest political mistakes: “I don’t know if he has an analyst that could make him understand this.”

“I broke the straitjacket and created new conditions so both the national and international private investment can flow in,” Maduro said.

Maduro also spoke about the upcoming presidential elections scheduled for April 22, confirming the consulate in Miami will open so that Venezuelans living in the U.S. city can vote.

Maduro then spoke about the recent sanctions the United States and the European Union have imposed on Venezuela, arguing the restrictions harm not only the government, but citizens.

“Even business people are struggling to buy airplane tickets to fly from New York to Miami. They pay with a credit card and their payment gets rejected. That’s affecting entrepeneurs, not members of the United Socialist Party of Venezuela (PSUV), but entrepeneurs.”

The president also seized the opportunity to lament the mass shooting that took place yesterday in Florida, expressing his condolences to the people of the United States: “I wish this world could overcome all causes of violence, death and pain, and we can focus on living in peace.”