Posted on February 4, 2018 by Anthony Brenner 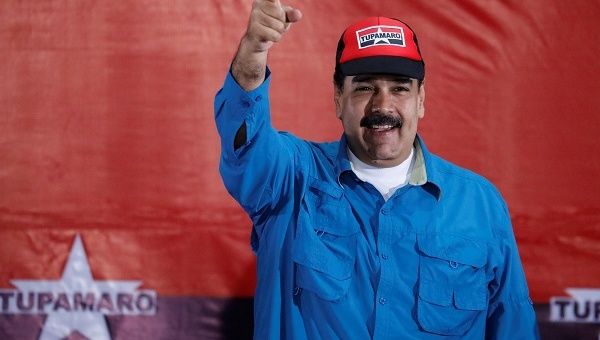 “I am ready to sign,” said President Nicolas Maduro on Saturday. “I want peace. I am willing to unite everyone; we face great challenges.”

Feb 3 (teleSUR) Venezuelan President Nicolas Maduro has announced that an agreement between the government and opposition, drafted in the Dominican Republic during dialogue aimed at promoting peace and unity, is ready to be signed on Monday.

In a press release issued by the Venezuelan government on Saturday, as Spanish former Prime Minister Jose Luis Rodriguez Zapatero arrived in Venezuela to refine the details, Maduro also called on the National Constituent Assembly (ANC) and National Electoral Council (CNE) to set a date for the presidential elections.

“I am ready to sign,” said Maduro. “I want peace. I am willing to unite everyone; we face great challenges.”

Maduro then went on to highlight the recent spate of verbal attacks launched against his government by the United States.

“Never before has a president been so attacked by U.S. imperialism in the history of Venezuela, only Cipriano Castro and… Hugo Chavez.

“Donald Trump attacked me as a ‘revolutionary leader’ and ‘socialist dictator’ in his State of the Union address.

“Why? Because I have faced battles against imperialism and am loyal to the values of my people.”

Posting later on Twitter, Maduro announced that Jorge Rodriguez – vice-president of Venezuela from January 2007 to January 2008 and currently mayor of the Libertador Municipality in Caracas – will head his presidential campaign.

He also released a video vowing to “continue with the people in the streets, united and victorious,” and describing his Socialist Party of Venezuela (PSUV) as one of the largest and most powerful political formations of progressive and leftist movements in Latin America.

“It is a party that has made history leading the resistance of the people against imperialist aggression and the rapacious oligarchy of Venezuela,” said Maduro.

Maduro, 55, who narrowly won election in 2013 to replace Hugo Chavez, is the favorite to win the vote, due before the end of April, because his leading opponents are barred from standing.