‘Venezuela not Enemy or Threat to US’: Open Letter to People in US 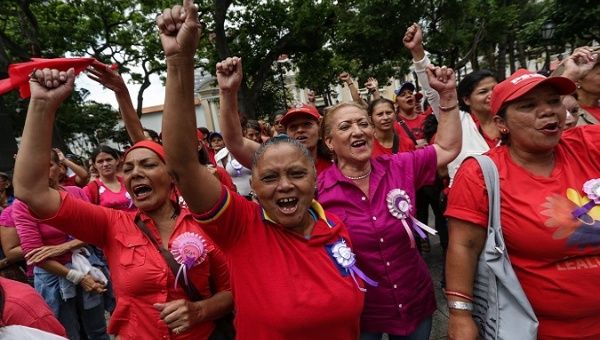 Venezuelan women in support of their government. | Photo: EFE

“As was the case in Iraq, we might be on the verge of an unfair and baseless military intervention, where oil is paramount,” the letter says.

An open letter from the people of Venezuela to their counterparts in the United States urges them to demand U.S. President Donald Trump stop its “warmongering” and called on the people to join Venezuela in defending peace, freedom, and cooperation between the two nations.

The letter, which was published in the New York Times and the Hill, includes Trump’s recent threat of a direct military intervention and the unilateral economic sanctions on the country, that the letter notes is intended “to economically isolate Venezuela.

“These threats and unilateral decisions will affect our economy and our means to obtain resources for food, healthcare and production, seriously impairing our citizens’ everyday life,” the letter says.

It further states that this was recognized by the U.S. government to be the same plan used in 1973 to overthrow the government of Salvador Allende in Chile which paved the way for the dictatorship of Augusto Pinochet. 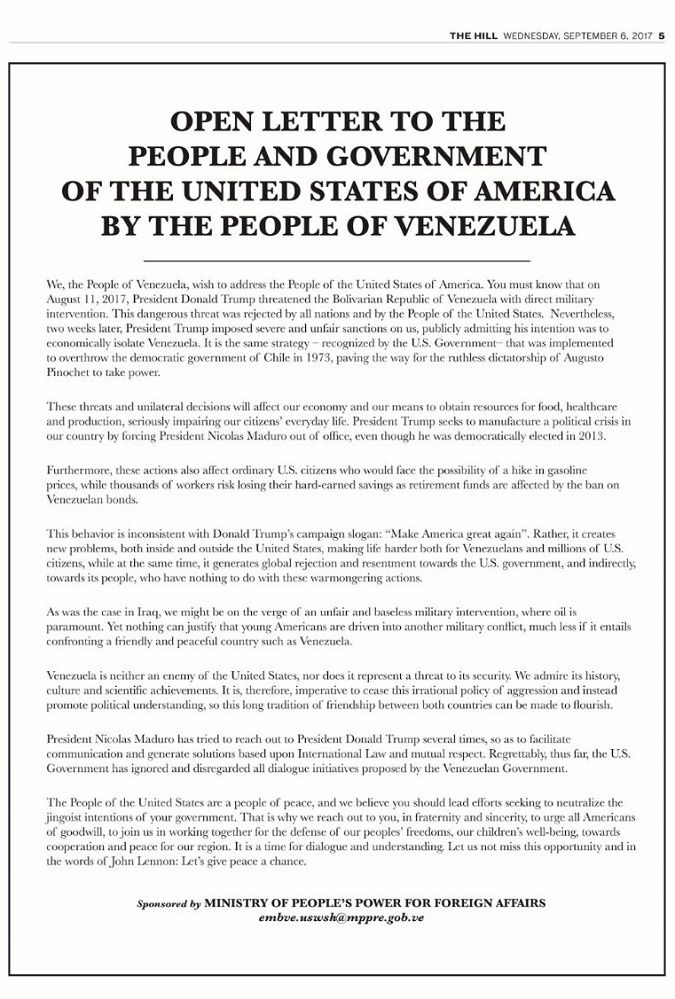 “Furthermore, these actions also affect ordinary U.S. citizens who would face the possibility of a hike in gasoline prices,” says the open letter. “While thousands of workers risk losing their hard-earned savings as retirement funds are affected by the ban on Venezuelan bonds.”

The letter, which was published by the Foreign Affairs Ministry, warns, “As was the case in Iraq, we might be on the verge of an unfair and baseless military intervention, where oil is paramount.”

These actions create problems inside the U.S. making life harder, while outside it “generates global rejection and resentment towards the U.S. government and indirectly towards its people, who have nothing to do with these warmongering actions,” the letter explains.

“Venezuela is neither an enemy of the United States nor does it represent a threat to its security,” the text says.