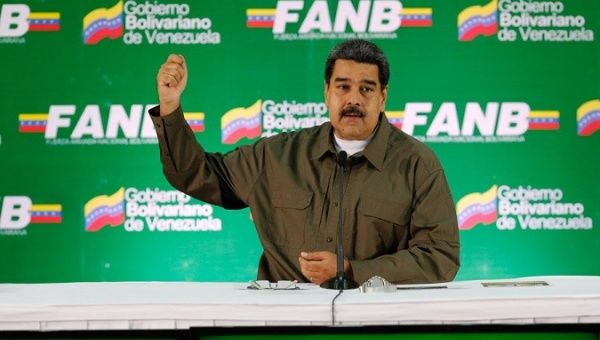 President Nicolas Maduro said the attack was an attempt to divide the armed forces of Venezuela. | Photo: @PresidencialVen

August 11 (teleSUR) Venezuela’s President Nicolas Maduro says he’s willing to allow the FBI to investigate the failed August 4 assassination attempt against him after the offer was extended by the United States.

tes done? They offered the cooperation of the FBI,” Maduro said during a televised meeting with generals and admirals of the Bolivarian National Armed Forces (FANB) on Saturday.

“If the government of the United States ratifies its offering for the FBI to cooperate in the investigations on the links in Florida with the plans of the August 4 assassination attempt and terrorist attack, I would accept it.”

Maduro then ordered the attorney general to coordinate actions with the U.S. embassy in case of a possible joint investigation aiming to dismantle the alleged terrorist cells in Florida.

He also said that if any journalist on Venezuelan TV spoke about murdering President Donald Trump, they would be arrested or extradited – a reference to Peruvian journalist Jaime Bayly who, on his own show, confessed he knew in advance about the planned attack on Maduro.

Maduro reiterated that he believes the assassination attempt was planned in Colombia, on the orders of former President Juan Manuel Santos and using the Venezuelan opposition as its tool.

“My political murder, my physical murder, was decided in the Nariño palace in Bogota; I have no doubts about that,” said Maduro. “It was the ex-President Juan Manuel Santos who ordered the preparations of the terrorist act to murder me, and he did it through Venezuelan politicians.”

Maduro discussed the events of August 4, when drones carrying explosives failed to kill him while he was giving a speech commemorating the 81st Anniversary of the Bolivarian National Guard. Seven military personnel were injured.

Maduro also accused the former president of Venezuela’s National Assembly of coordinating the attack: “Julio Borges got the order, the resources, the logistics, the support and the plan from Colombia. It’s him who assumed the responsibility, in history, of assassinating President Nicolas Maduro. It’s him who activated the mechanisms.”

And he described the failed magnicide attempt as “just one of the strategies to take on the political power and the economic resources of our country.” 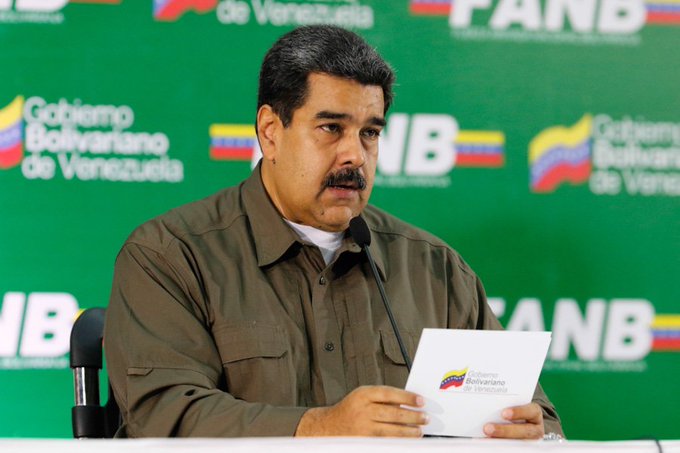 “I call on the government of Peru to capture these terrorists and hand them in to the Venezuelan authorities in accordance with international law,” said Maduro.

Meanwhile, Venezuelan Foreign Minister Jorge Arreaza rejected statements by the Lima Group and the Chilean Foreign Ministry, which had demanded the “immediate liberation of all political prisoners in Venezuela.”

Arreaza accused the Lima Group and Ampuero of siding with the “self-confessed terrorists;” openly supporting violence, and wanting “a bloody war for Venezuela.”

Roberto Ampuero, Chile’s foreign minister, had earlier said: “The persecution of representatives Requesens and Borges is unacceptable, such as that of every citizen that freely chooses to opposite a dictatorial and cruel regime.”

“The Foreign Minister @Robertoampuero of Chile turns himself into a supporter of self-confessed terrorists and assassins. In their country, justice frees terrorists of Pinochet’s dictatorship. In Venezula justice will act to protect the people, democracy and avoid a tragedy.”