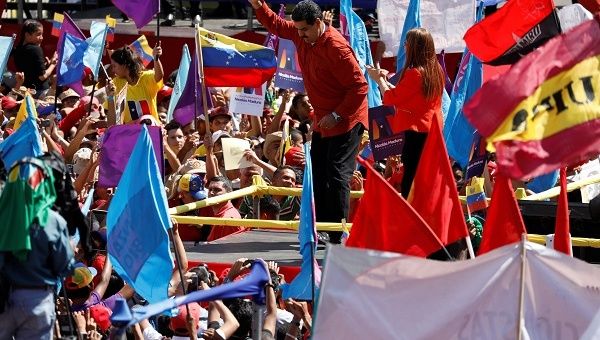 Feb 28 (teleSUR) Venezuelan President Nicolas Maduro has announced a pension-fund expansion and the delivery of more socialist cards to the population in a move to counteract ongoing international sanctions.

Maduro, who on Tuesday confirmed his candidacy in the April 22 presidential elections,  unveiled new strategies for the development of the Parto Humanizado (‘Humanized Delivery’) program; the delivery of three million socialist cards, and 200,000 additional pensions next month.

Speaking at a meeting with governors and mayors at Miraflores Palace in Caracas on Wednesday, Maduro said the socialist cards would assist in delivering aid to Venezuelan families, despite the economic sanctions imposed by the United States and the European Union.

“This year, 2018, is a key year for the history of Venezuela and the presidential elections are going to mark the beginning of a new historic time of renewal, of necessary changes in the Bolivarian Revolution to be able to build the future,” the president said.

“The revolution will triumph and continue advancing in the direction of prosperity… We continue working tirelessly for the welfare of the homeland. Together everything is possible.”