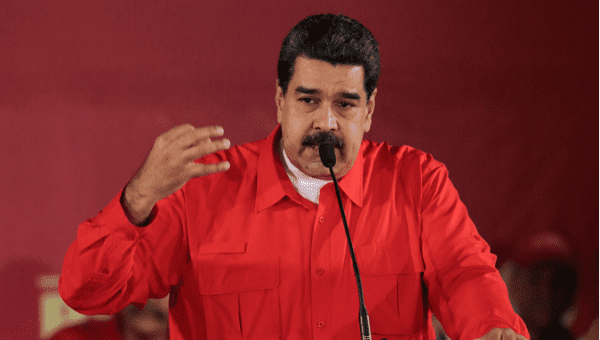 This is the second time Venezuela increases it minimum wage this year. | Photo: Reuters

The Venezuelan government’s response to what they call an economic war has been to increase state aid.

March 2 (teleSUR) Venezuela’s President Nicolas Maduro announced an increase in the national food voucher program, the minimum wage and wage tables on Thursday. The announcement of a 67 percent increase in the voucher program and 58 percent increases to the minimum wage and wage tables during a Facebook Live hosted by Maduro and the country’s Vice-President  Tareck El Aissami.

With the voucher and the minimum wage combined, Venezuelans will now earn a minimum income of 1,307,546 Venezuelan Bolívares. This is the second minimum wage increase for 2018 and aims to combat the high levels of induced inflation that reduce the purchasing power of the Venezuelan people.

Venezuela has been battling with what analysts describe as hyperinflation over the last few years due in large part to several rounds of United States imposed sanctions and the artificial manipulation of the country’s currency by a foreign-based website called DolarToday.

Addressing the United Nations in Geneva, Switzerland earlier this week Venezuela’s Foreign Minister, Jorge Arreaza, explained: “The exchange rate in Venezuela is not determined by the Central Bank or a ministry, but rather by a website in Miami… we suspect it must be linked to a security agency in the United States, where the exchange rate changes… with an influence of political factors.”

Arreaza added that despite the alleged “humanitarian crisis” in Venezuela, the government had implemented policies to ensure its citizens get the staples they need through direct distribution from the state.

On Thursday, Maduro also announced that users of the special ID card system, Carnet de la Patria, will receive 700,000 bolivares during Easter and women will receive an additional benefit for Women’s Day.

The Carnet de la Patria was created in January 2017 with the goal of making state aid more efficient and combating the effects of the economic and financial sanctions imposed on Venezuela.