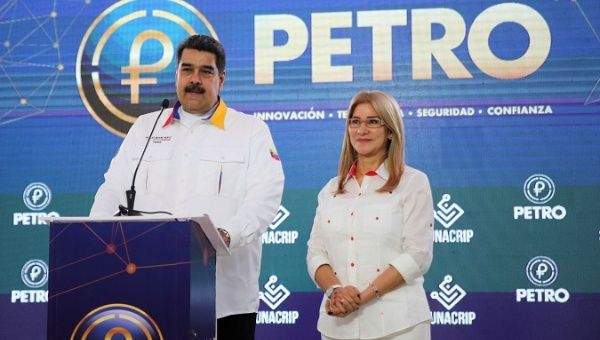 The fair is an opportunity for the Venezuelan government to demonstrate to the world the progress made in ending the dependence on their oil sector.

Nov 29 (teleSUR) Entrepreneurs from 10 countries, including Russia, Turkey, and China, have confirmed their participation in the International Science and Technology (Fair Fictec) in Caracas, Venezuela, at the Simón Bolívar Park from Nov. 29 to Dec. 2.

“There are 10 countries with which we held bilateral meetings and have confirmed their participation, as companies that will be participating there, are Russia, China and Turkey, partners that bet on Venezuela,” Minister of University Education, Science and Technology, Hugbel Roa said.

Previously, the minister indicated that representatives from Belarus, Qatar, Cuba, India, Iran, South Africa, and Vietnam would also be present at the event.

The fair will focus on promoting the industrial capabilities of Venezuela in an effort to avoid the paralysis of various sectors through economic blockades and unconventional wars by countries opposed to President Nicolas Maduro such as the United States and its right-wing allies in Latin America, Roa said.

The fair will be conducive to building upon relations with companies related to the scope of the country’s move to blockchain cryptocurrency, Petro, said the director of the Bolivarian National Chamber of Industry and Commerce, Ricardo Baptista on Venezuelan media channel Venevision.

“There they will show our potential and the commercial exchange that is presented to include Latin America in the field of cryptocurrency,” said Baptista.