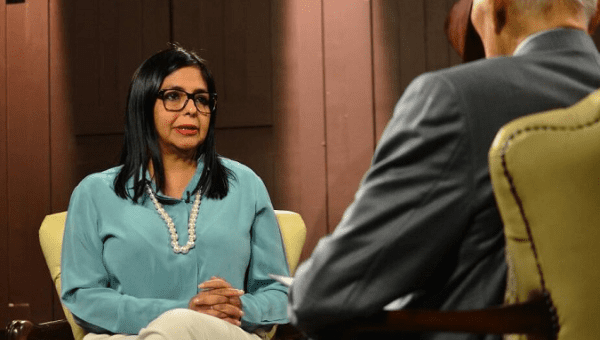 During an interview, Rodriguez pointed out that the “media lynching” of the South American nation is not showing the victory of the country’s people against economic and diplomatic war.

Venezuela, according to the former diplomat, is the victim of an international media siege.

She condemned “imperial countries” like the United States and several member states of the European Union — as well as some Latin American countries that are allied to the aforementioned powers — which she accused of violating Venezuela’s sovereignty and peace.

In that sense, she noted that U.S. President Donald Trump “has brought tragedy and comedy to international politics,” through strategies that seek to “break constitutionality and Venezuelan institutions through sabotage in order to overthrow sovereign governments.”

“The imposition of financial blockades aim to damage the quality of life of the Venezuelan population by inducing inflation with price war, aimed at increasing the cost of food,” Rodriguez added.

Finally, she referred to upcoming presidential elections announced for the first quarter of this year. She said she considers it “tragic” that “last year, governments asked for the advancement of the elections, but now say that we can’t hold early elections.”