Posted on September 1, 2018 by Anthony Brenner 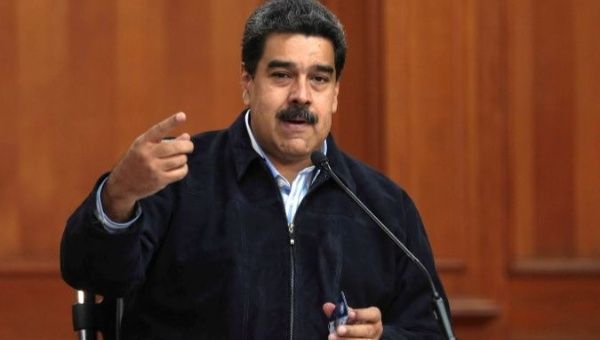 “I’m going to put a higher price on Colombian gasoline across the border. They have stolen from us enough,” Maduro said.

The announcement was made during a Facebook Live broadcast.

Maduro said the gas increase trial period will start on September 4 and will be applied to “41 border municipalities of maximum consumption” in the country.

“I’m going to put a higher price on Colombiangasoline across the border. They have stolen from us enough,” Maduro said without mentioning the exact figure the fuel price would be increased to.

The head of state announced earlier this month his decision to increase fuel prices in Venezuela to international levels to help solve the economic difficulties caused by the fact that Venezuela has one of the lowest prices for fuel in the world, one of the factors that influence fuel smuggling and other petroleum derivatives to Colombia and Caribbean countries.

Venezuelan gasoline is a very sensitive issue in the South American country. In 1989, during the presidency of Carlos Andres Perez, a fuel hike, accompanied by a host of austerity measures and privatizations, resulted in a popular revolt known as the Caracazo.

Maduro has acknowledged that the state oil company PDVSA loses several billion dollars a year from the difference it takes to produce gasoline and the sale price. The president has said that “18 billion dollars of loss have been calculated for the smuggling of gasoline to Colombia and the Caribbean.”

The president said that in the coming days he would announce the details of the hydrocarbons price scheme, and a direct subsidy to Venezuelans who have the “country card,” an identification instrument created to access social programs, according to AP.

While the second phase of the fuel increase will be extended to all the municipalities along border states, the third and final phase will be applied to the rest of the country.

The increase in gasoline prices and other measures are part of a program of “recovery, economic growth, and prosperity,” said Maduro. The proposals seek to overcome the country’s economic woes, which have been exacerbated by European Union and U.S.-imposed sanctions.